it all started with a podcast from the food program some months ago, in which they interviewed people who had read the art of fermentation and raved about how empowered they felt to give it a go, and how easy it was to ferment things… it was inspiring, so much so that i immediately dived into the book as well. after a few pages, i was already feeling the itch to roll up the sleeves and ferment something!

since we’re in germany, sauerkraut seemed like the obvious choice. i’ve sort of acquired a taste for it over the time we’ve been here, actually. i like to mix it with the salad for the hints of acidity that make it less boring, or just as a side for a dish of meat or the morning’s omelet.

before embarking on this endeavor, i researched fermentation vessels, and decided to go with my leftover fido jars from coconut oil. i never part with them when the coconut oil is over, just because they’re so handy, so i had plenty laying around. some people say fido jars weren’t really made for fermenting things and can explode (!) if they cannot release pressure, so just in case, i adjusted the tightness of the lid, making mine a little bit looser. 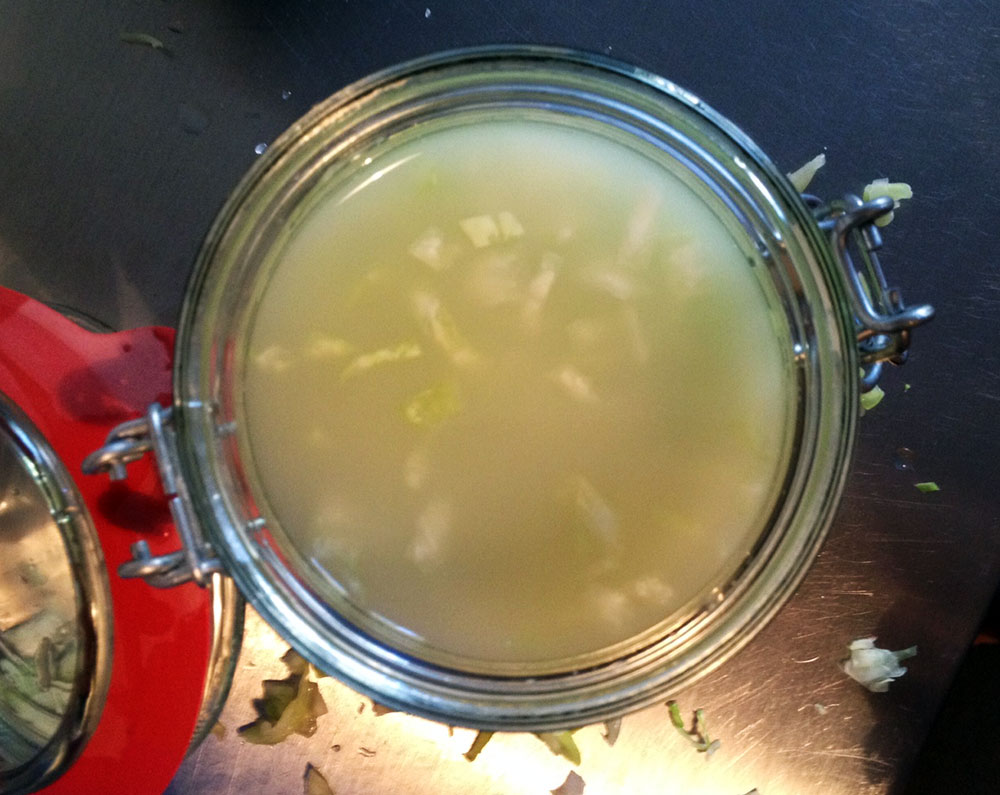 making sauerkraut is messy but unbelievably easy! all you need to do is to cut cabbage very thinly, add salt, and press it with your hands until the water comes out. then, pack it in the jar really tightly and add a weight on top to keep it submerged to avoid spoilage (i used a second, smaller jar). close it, and wait patiently without opening for 3-4 weeks. voilá! things will foam and overflow in the first few days, but after that the bacteria will quietly do their thing. 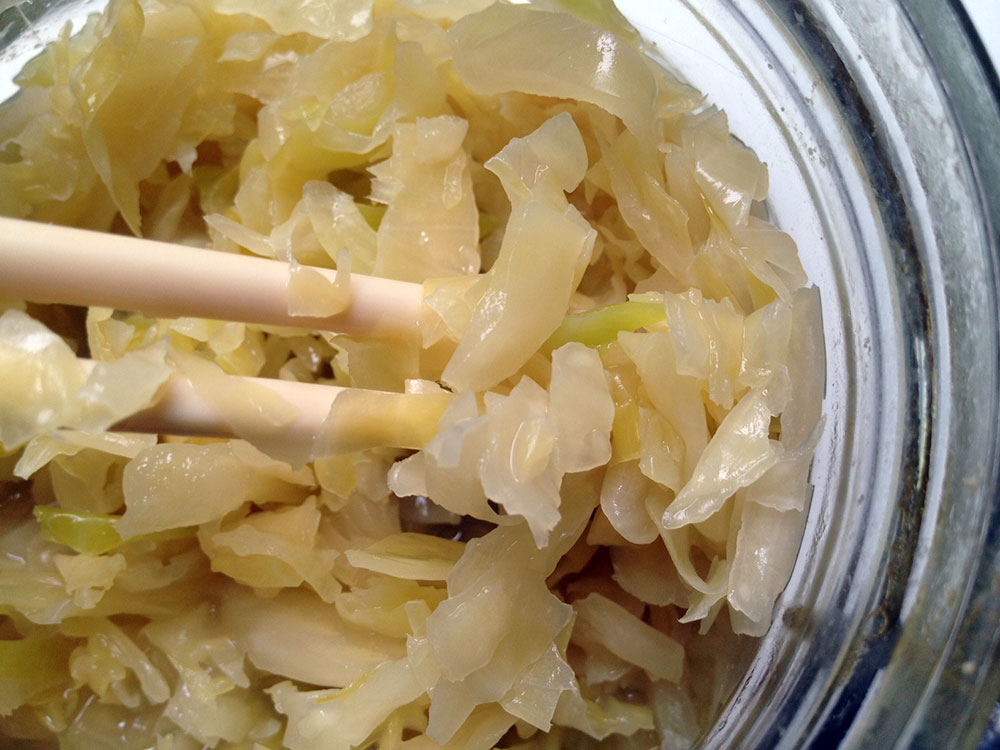 my first batch was plain — just a test to see if i could do it. when i opened the jar three weeks later, i could hardly believe how good it looked for something that sat on the window sill untouched for weeks… not even a bit of mould or slime in sight! oh, and the sauerkraut was crunchy and delicious! :D i immediately dived into batch #2, this time with cabbage + beets… 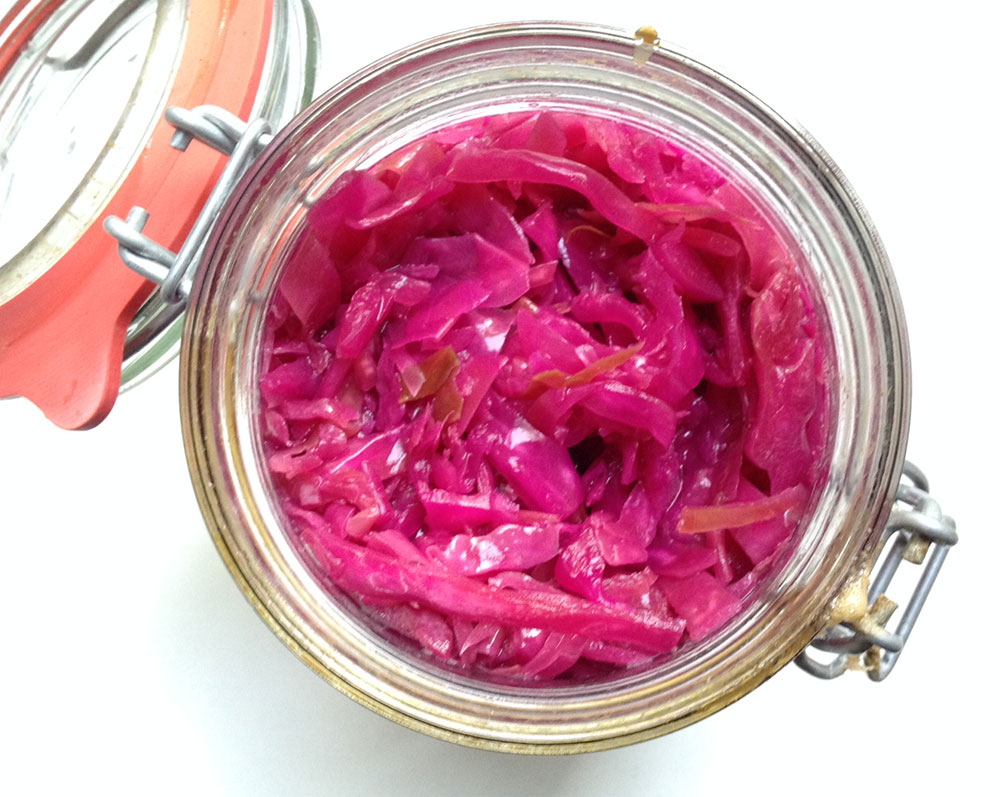 also a resounding success! i don’t usually like beets by themselves all that much, but this was really nice, with just a hint of earthy flavor and lots of crunchiness. and that color… magical!

i think i might be addicted to the process — there’s so much room for experimentation and it’s just so satisfying! for sure i’ll never buy another pack of dodgy supermarket sauerkraut ever again :D