hey, it’s been a while since i did one of these food recaps (like budapest, paris, or london), so here we go — let’s talk about food in iceland. and there’s a lot to talk about!

first off, the quirky stuff: dried fish, slathered with butter. no, seriously! :) it’s an icelandic snack that resembles a bit our salt-dried cod fish, but with much less salt and with a healthy dose of butter on top. it takes a bit of getting used to, but it’s surprisingly nice… and probably healthier than toast + butter. 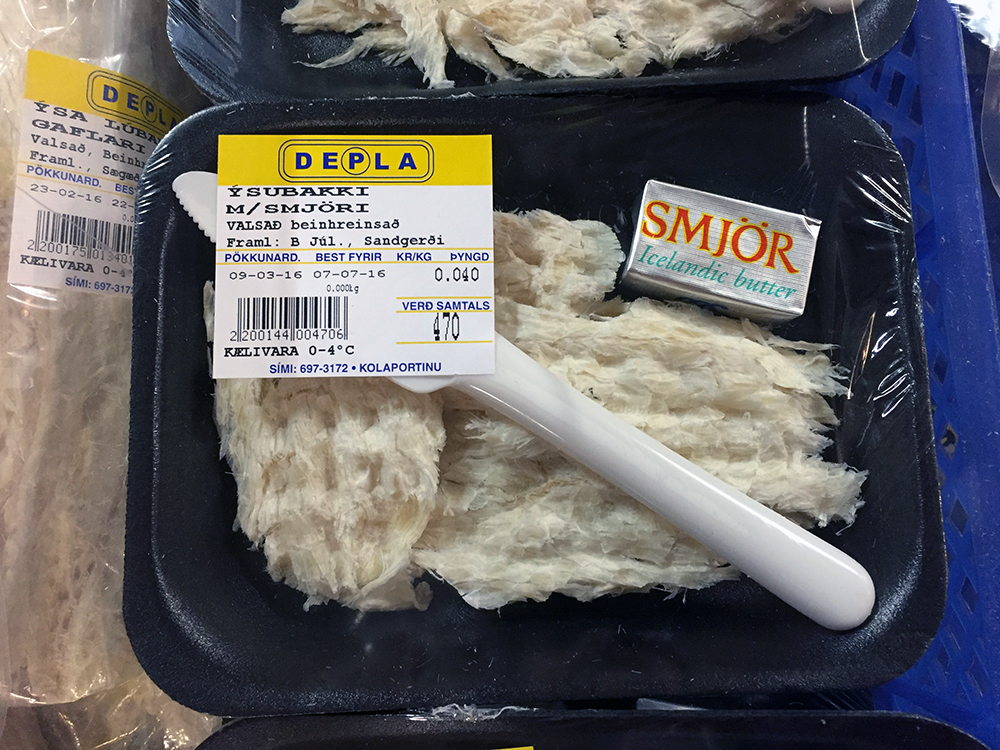 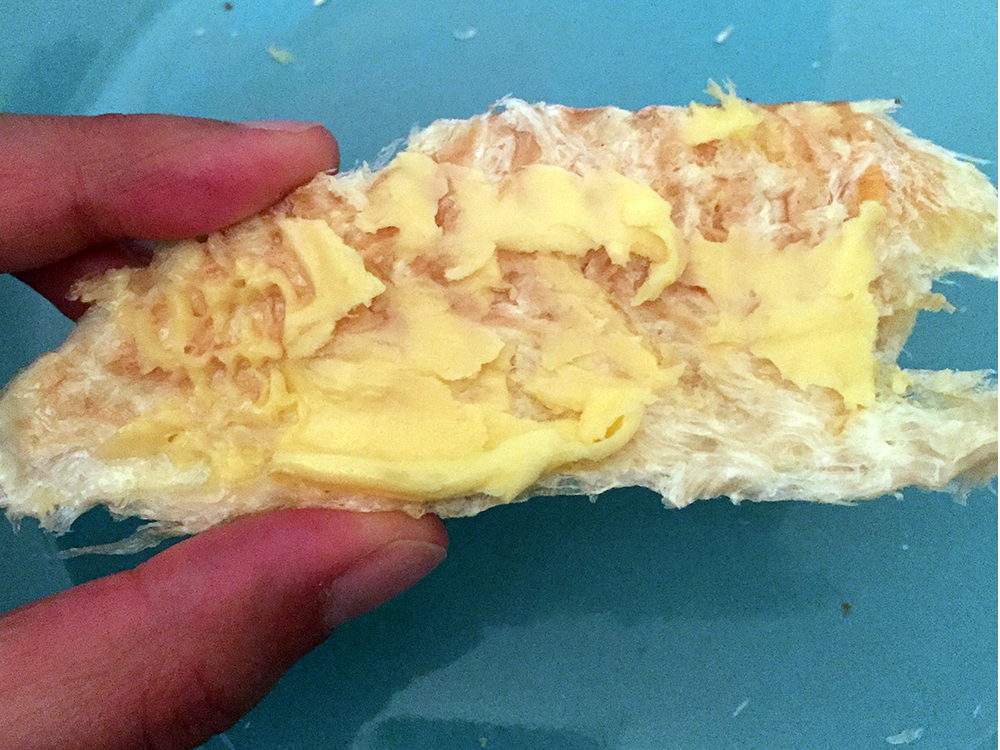 we got the fish at kolaportid flea market, which has a nice food-section. in it, we also discovered the best ryebread we’ve ever tasted: 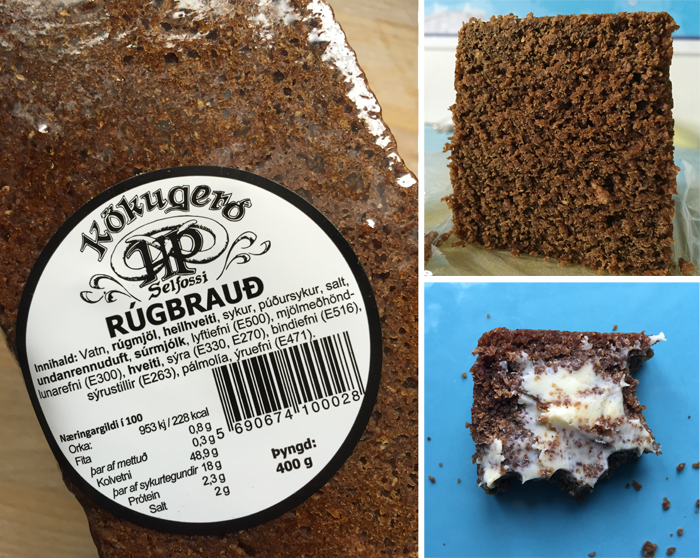 delightfully dense but not dry, with a hint of sweetness, lovely with butter! we read somewhere that it used to be cooked by burying it in the ground near hot springs… though probably not anymore. :) 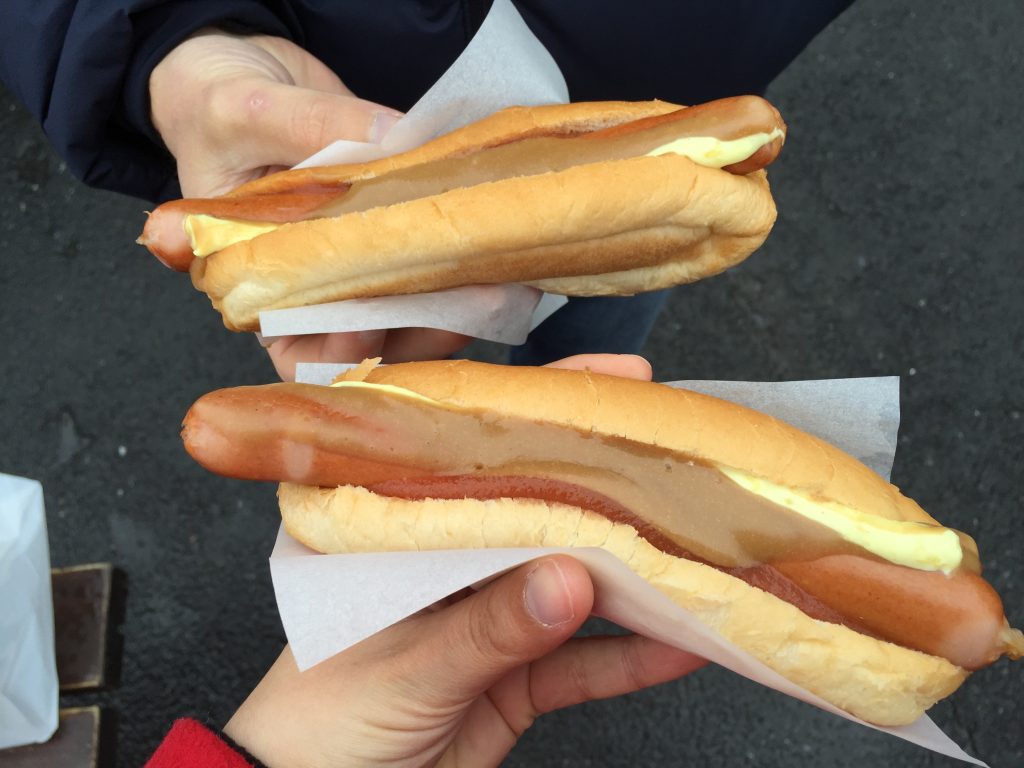 the hot dogs everyone mentioned were tasty and made for a cheap snack… hurray for cheap snacks — iceland is very expensive, as we quickly discovered… 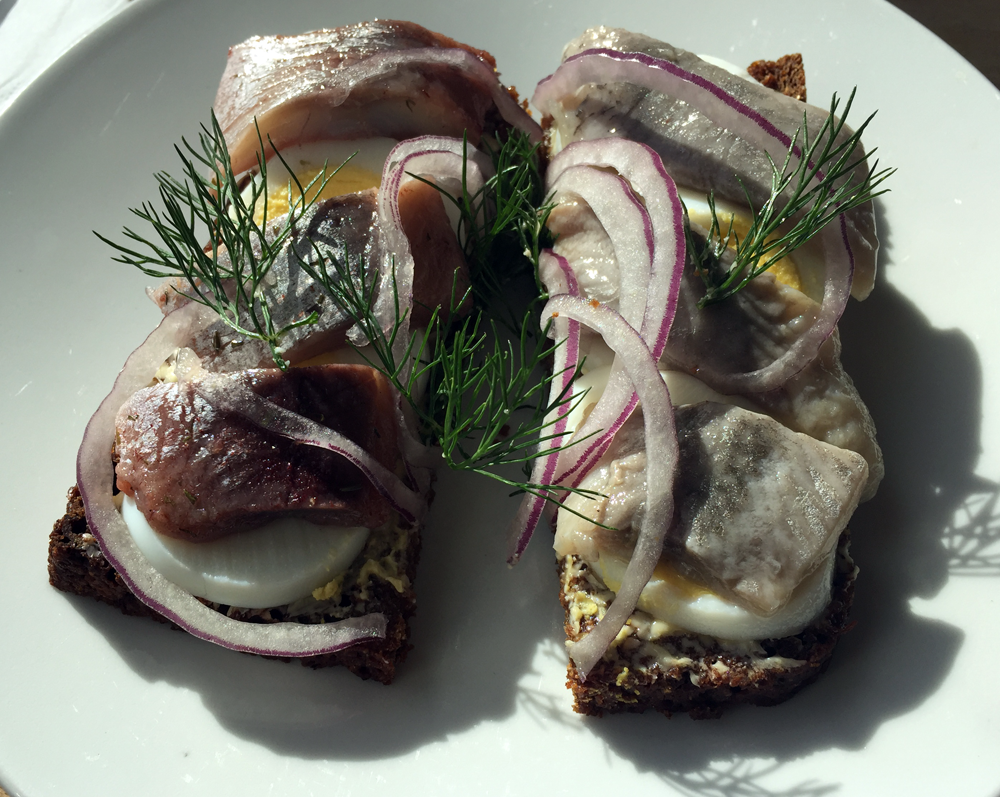 the last time we ate open sandwiches we were in copenhagen, i think… i don’t care much for 2 layers of bread — just one is fine with me! :) we had herring, onions and dill on rye bread and smoked lamb on smoky flat bread, which were both lovely. did you know that iceland has more sheep than people? they’re good for more than just providing wool for lopapeysa… 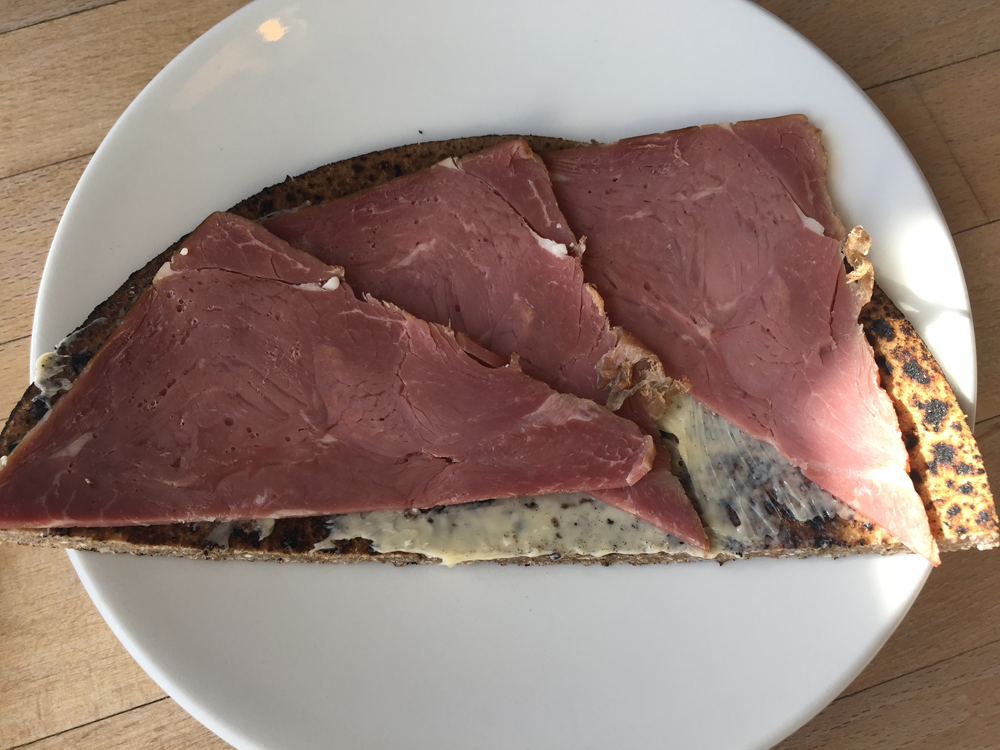 what else? oh! skyr, of course! 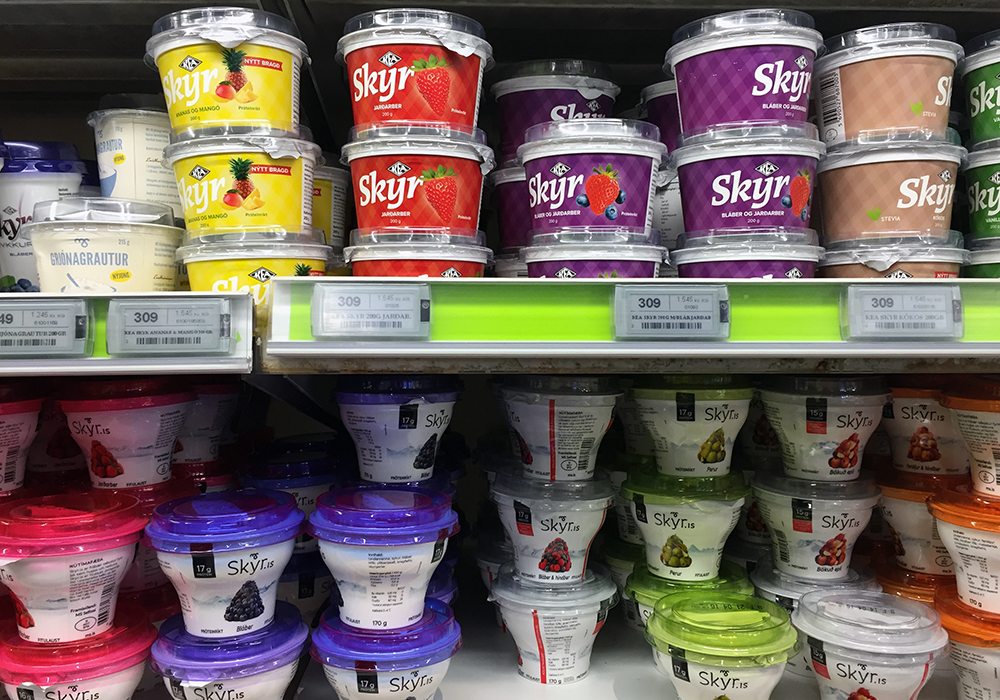 skyr is a sort of thick yoghurt (technically cheese), probably thicker than greek. it’s quite tasty and comes in a variety of flavours and cute packagings. we were quite happy to make our way through the whole supermarket selection! 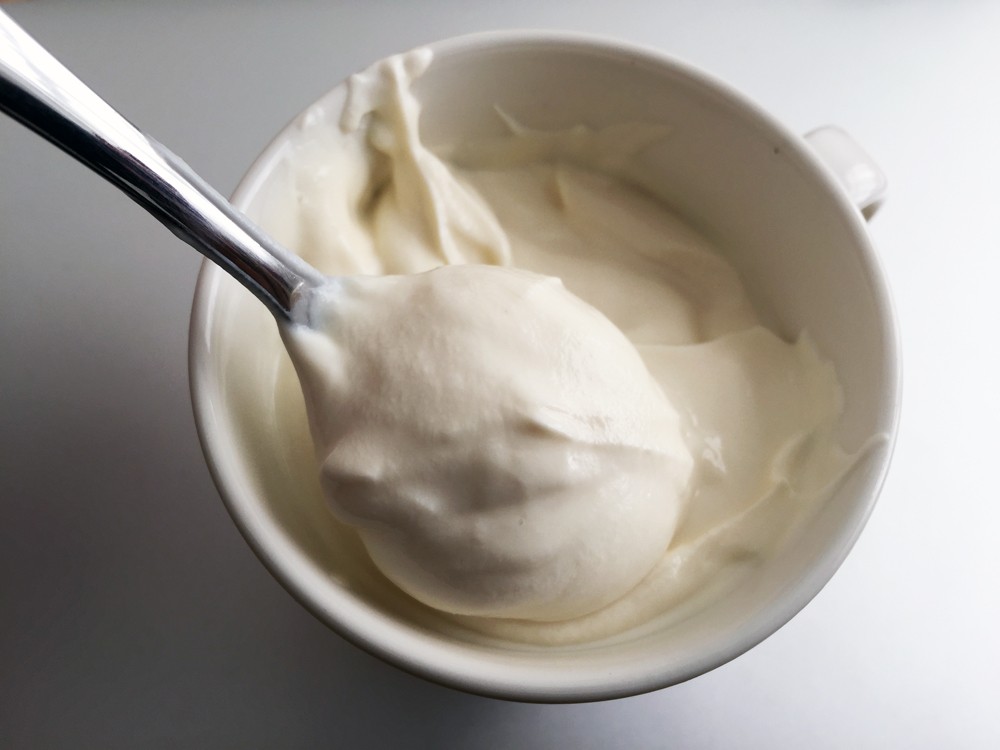 and speaking of dairy, here’s something new we tried as well: 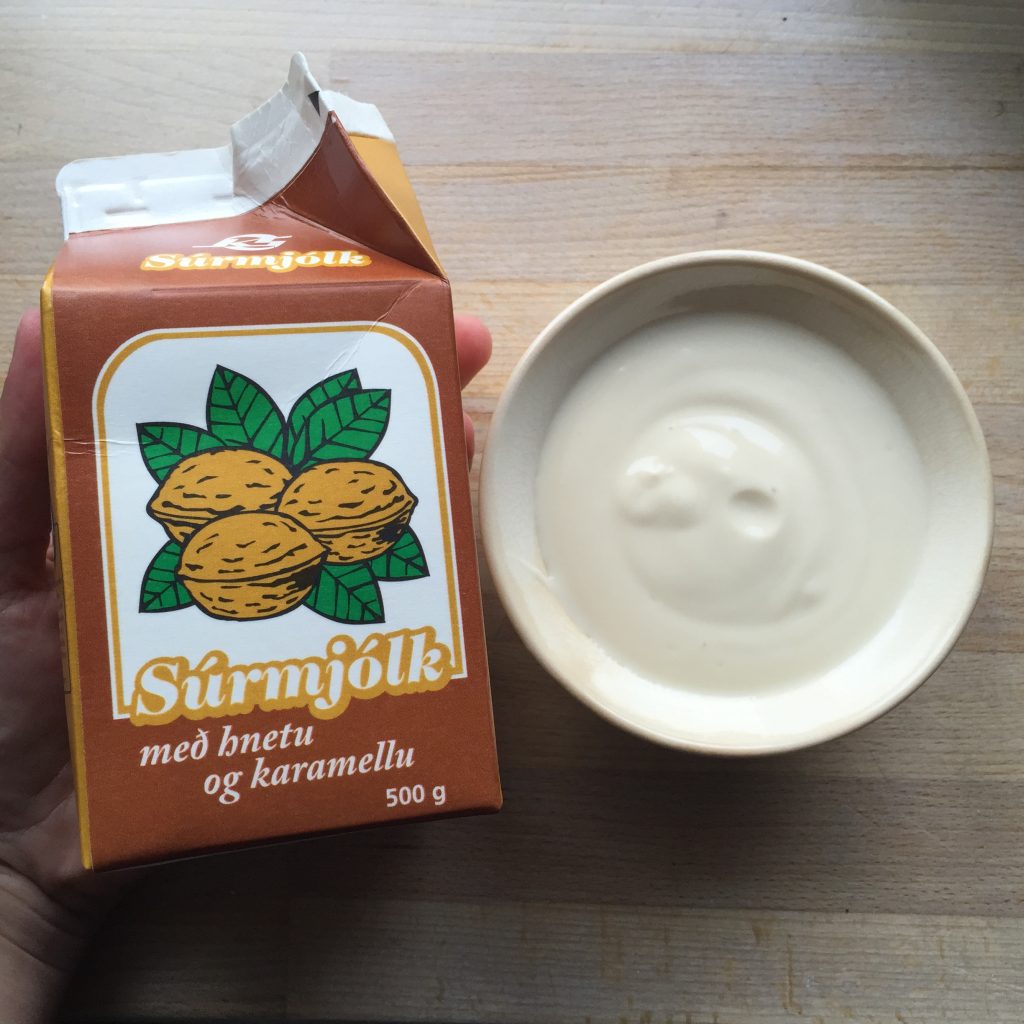 súrmjólk, or “soured milk” is, very literally, milk that has gone sour. it’s a bit acid, but actually not as bad as the name would make you believe — especially when flavoured. 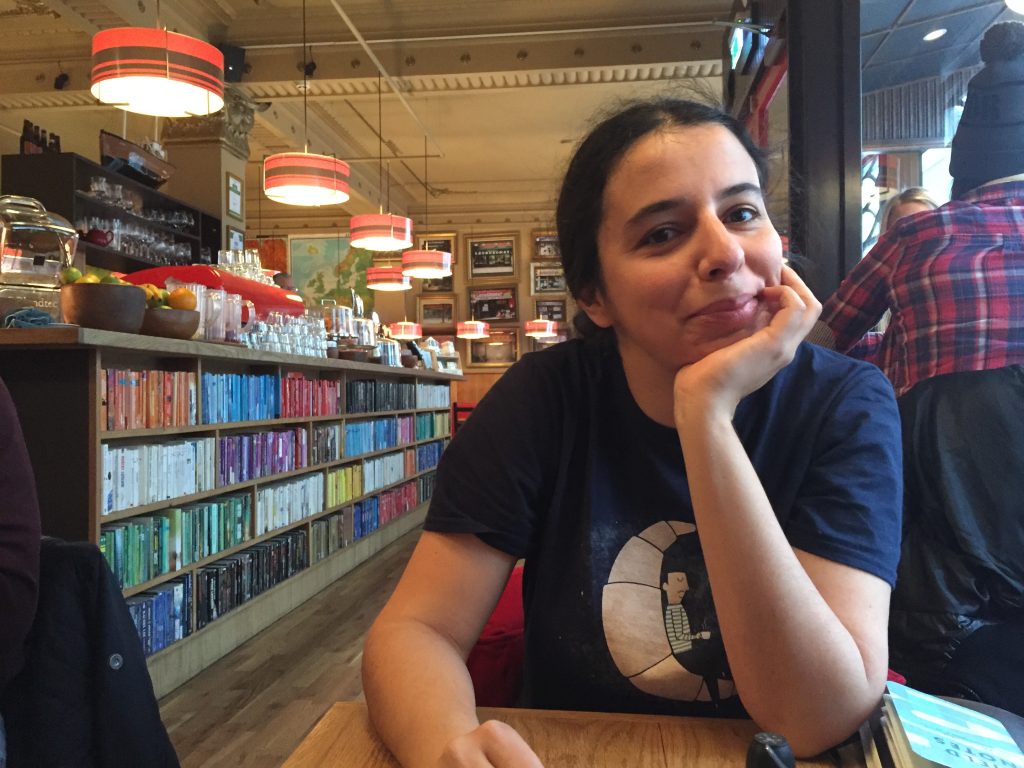 since breakfast is one of my favourite meal, we tried some in town. laundromat café had a very american ambiance to it (and was filled with tourists to match), but the dishes were ace, as was their impressive bookshelf-counter! 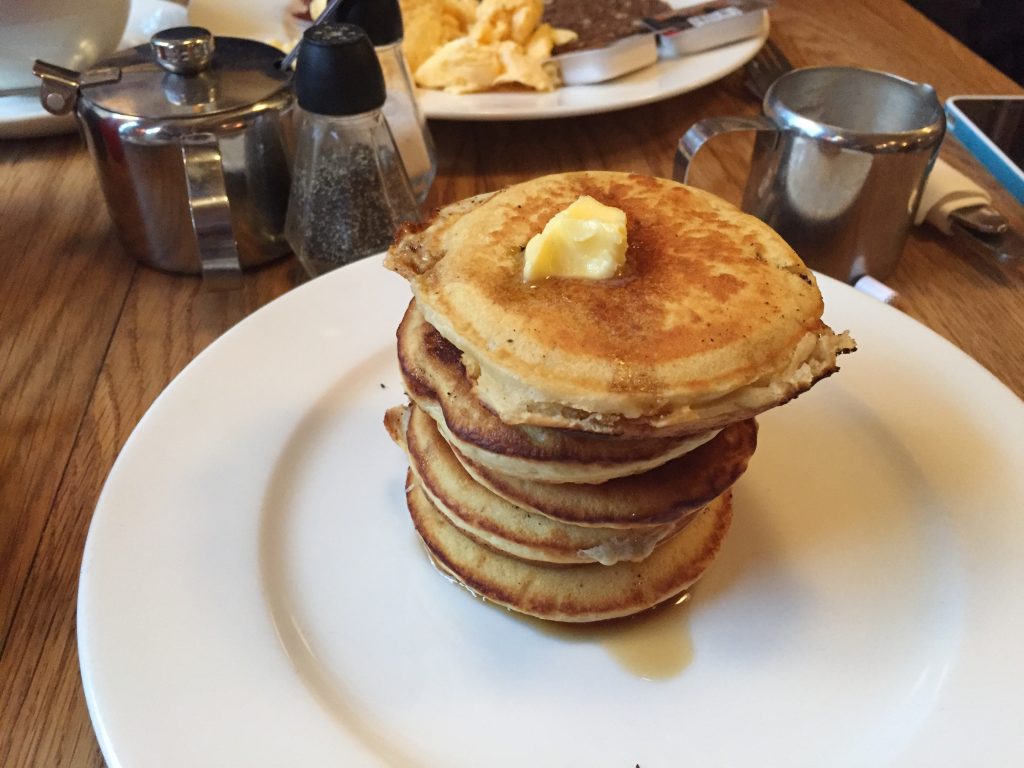 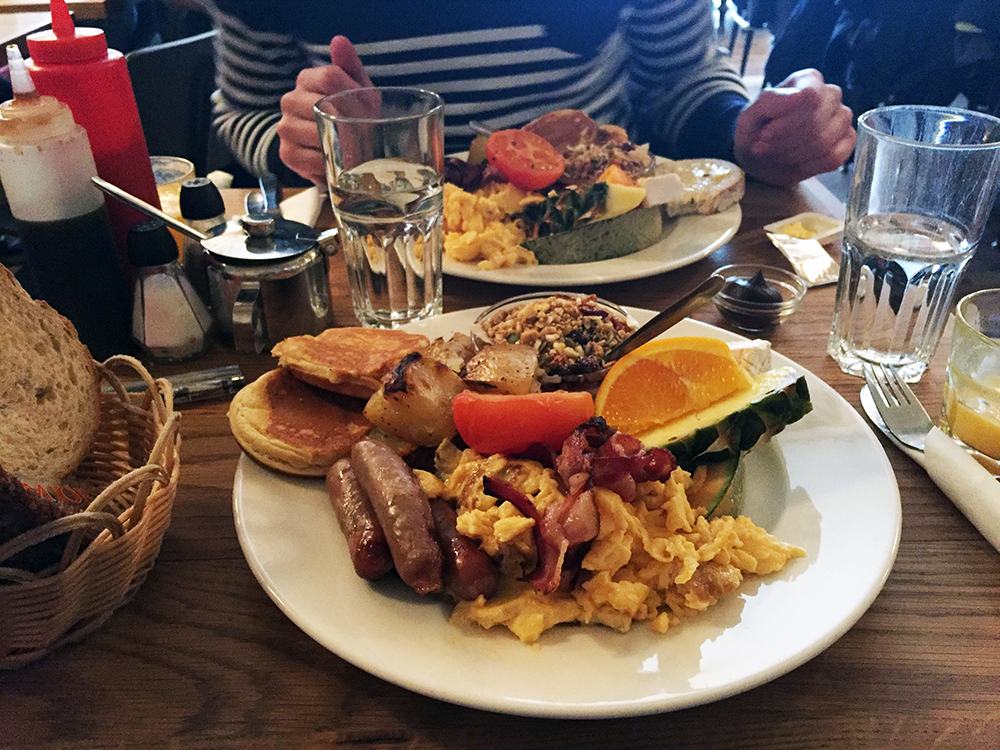 bacon! eggs! sausages! towers of mini-pancakes! <3 we liked it so much we went there twice! :)

we also tried the tommi’s burger joint (hamborgarabúllan), for their famed burgers: 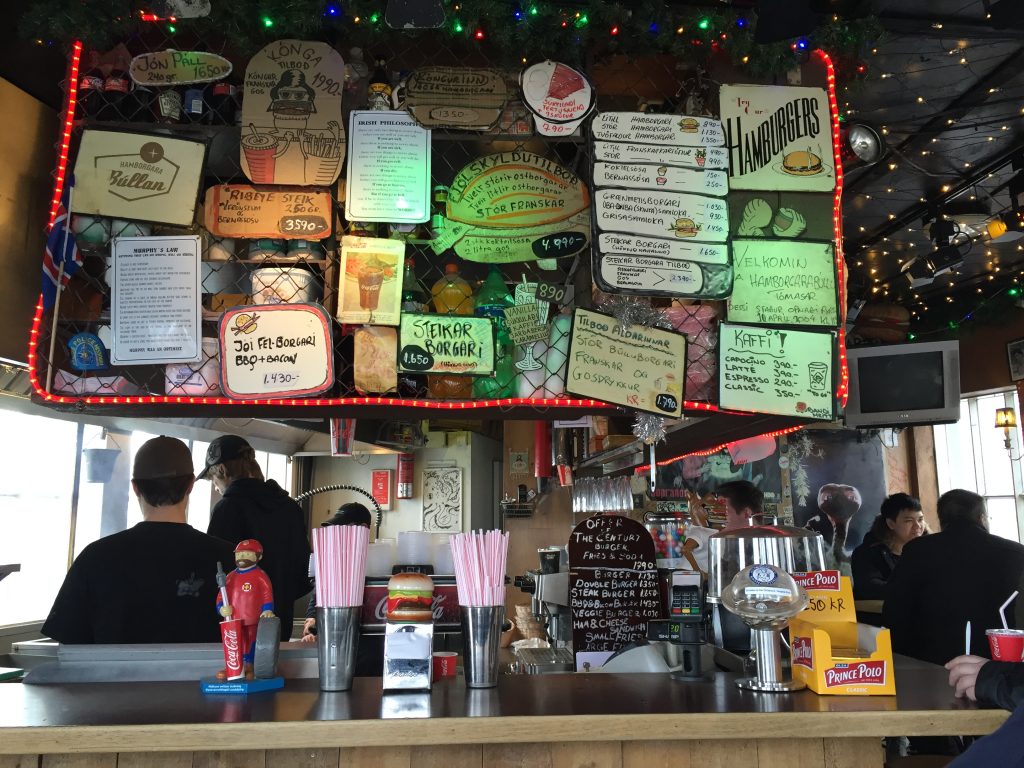 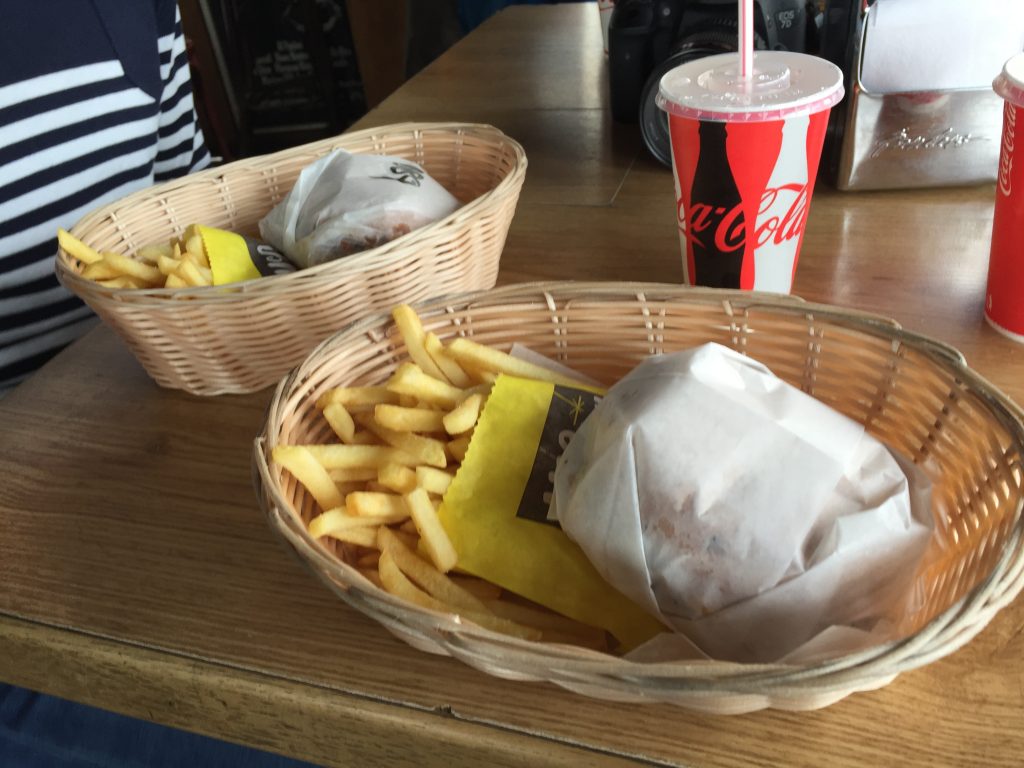 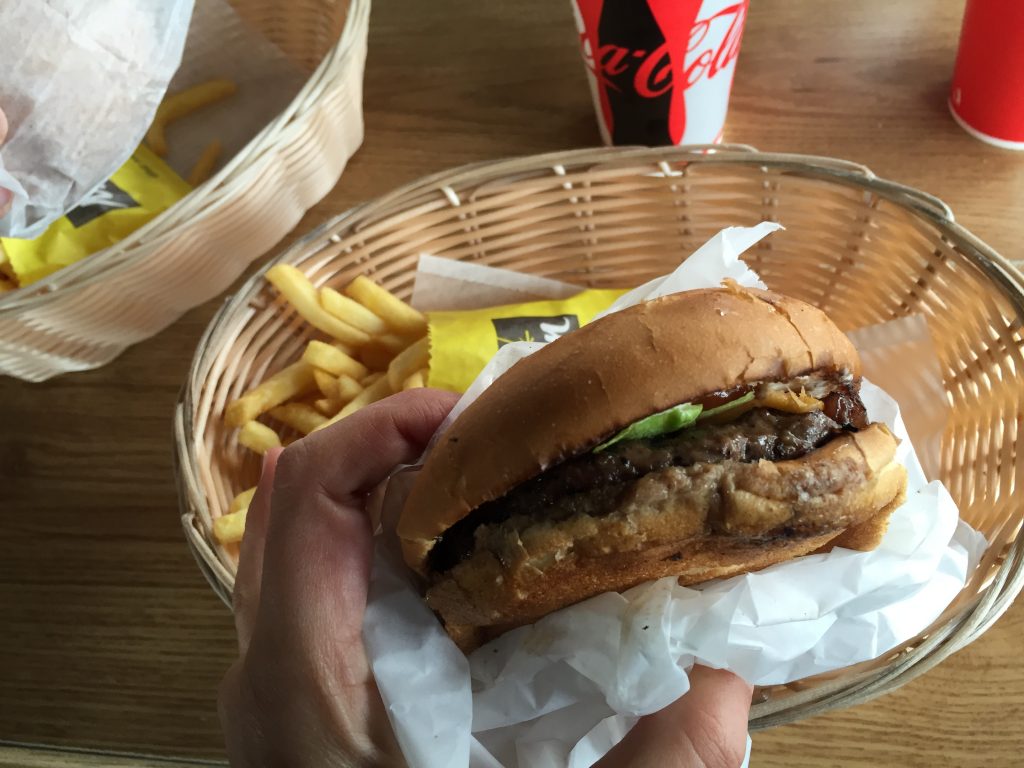 they were nice, and we were lucky to be able to grab a seat in such a tiny place. lots of character there!

to cut costs, we mostly ate at home (one of the many advantages of house-swapping) — with one notable exception that we thought was worth the splurge: matur og drykkur. they do traditional icelandic food with a few modern twists, in a relaxed environment. each of us tried a different tasting menu, so we could sample all the dishes! 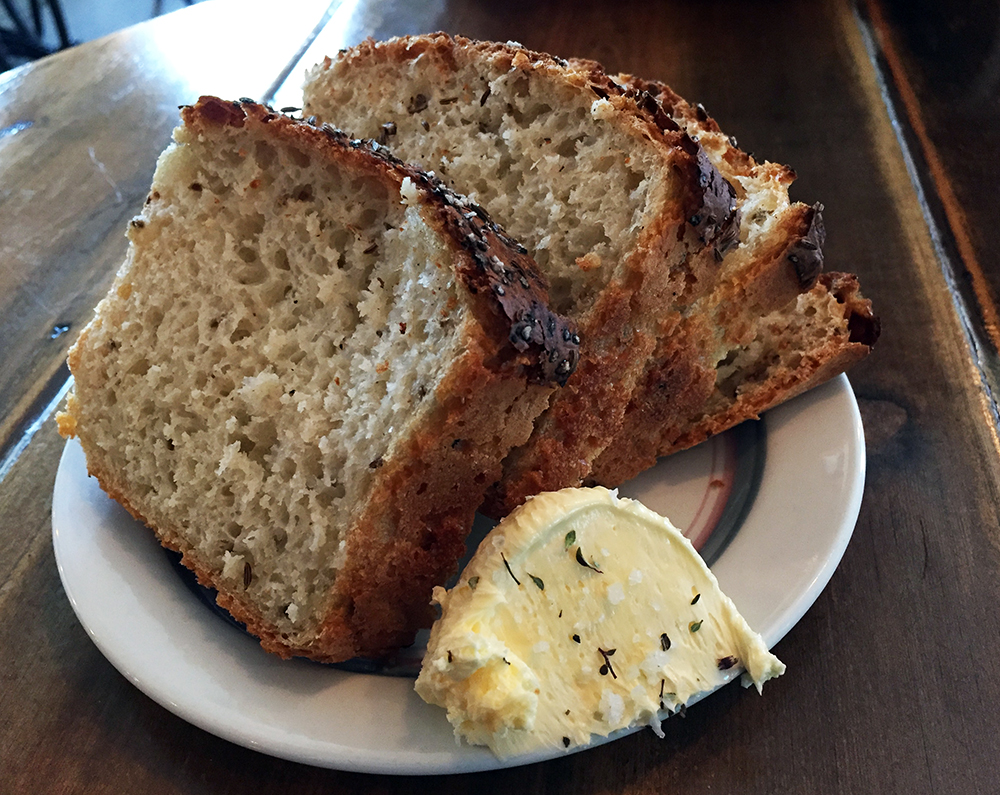 we started with the most amazing bread, warm and sprinkled with caraway seeds, and a really soft butter with bits of volcanic salt on it… i could have stayed right there, happy as can be, munching on that bread… but soon our starters arrived: 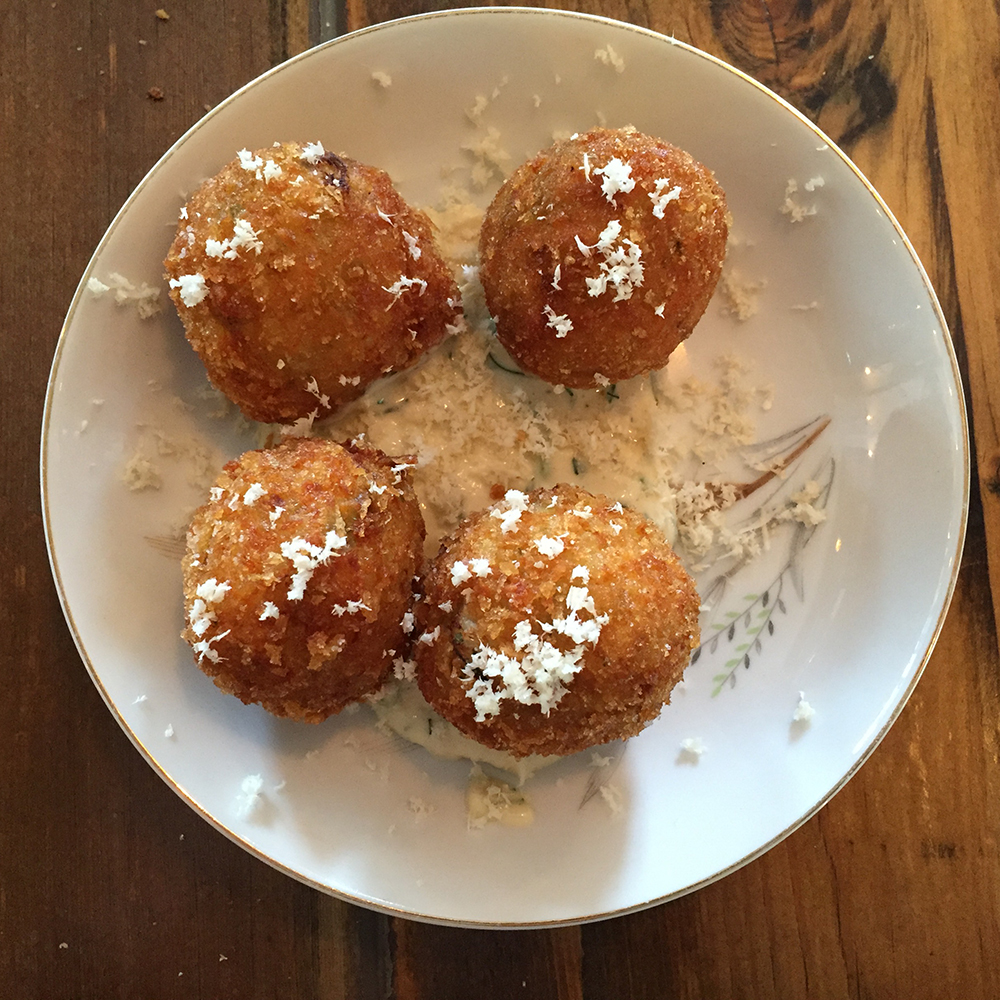 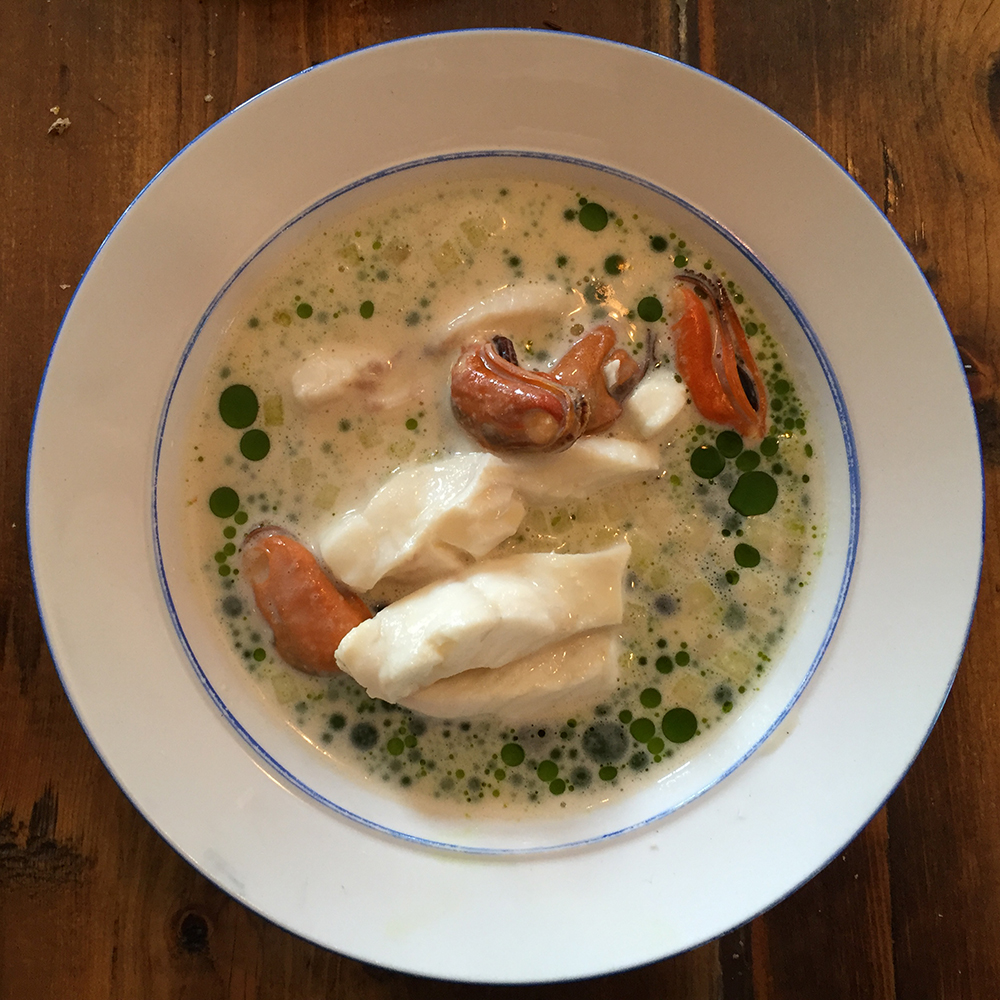 salted cod croquettes and horseradish remoulade, and fish soup with mussels, green apples and dried fruits — both great, and that soup! hot and fresh at the same time, and so creamy… 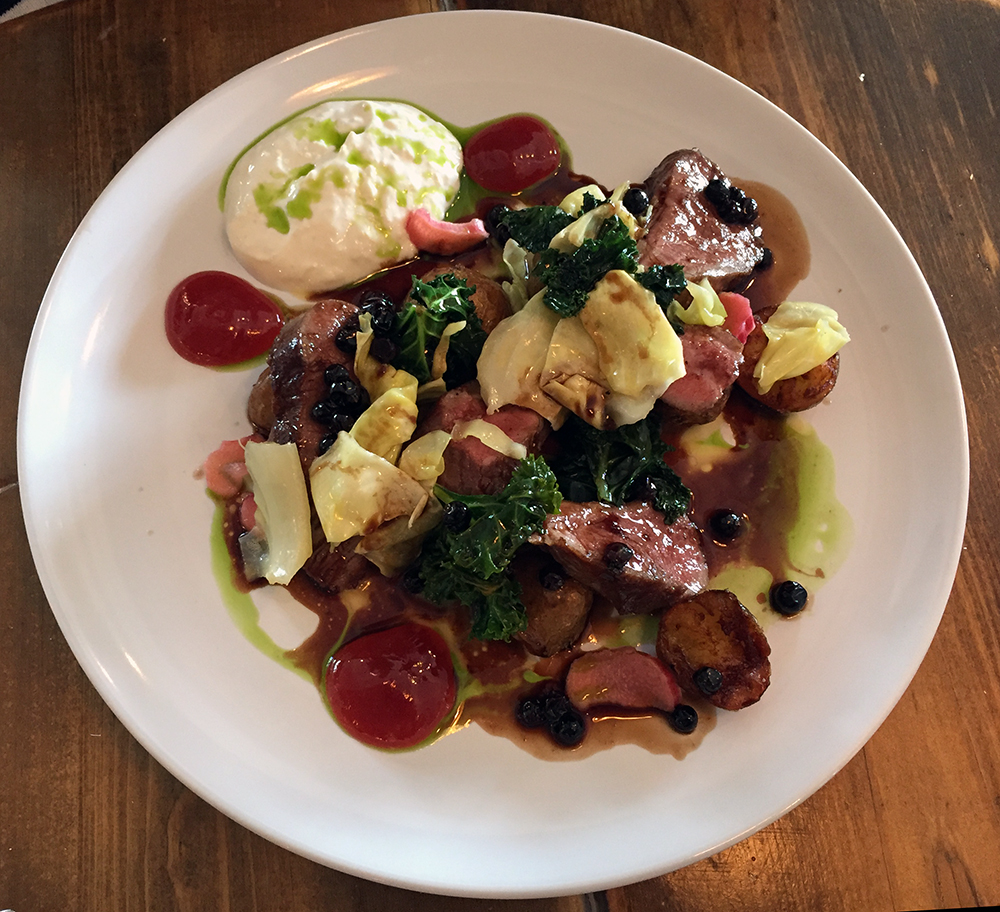 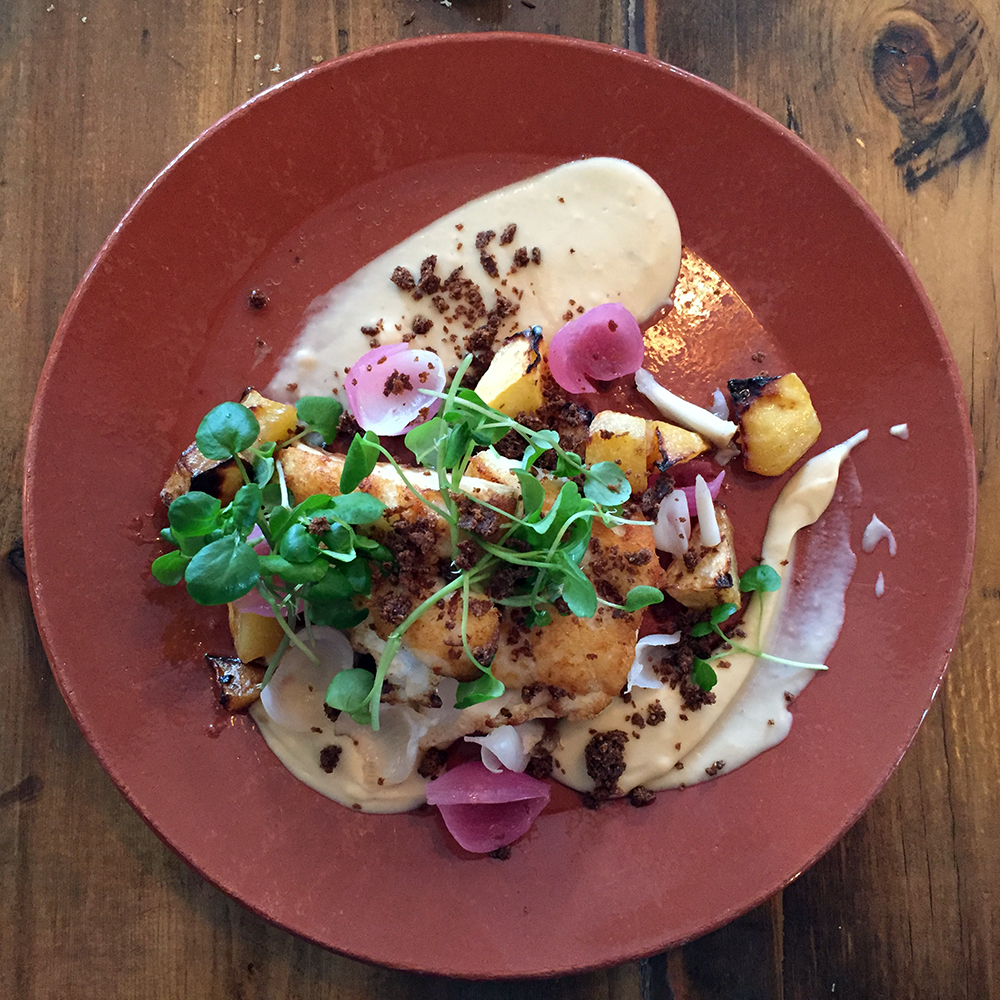 we moved on to the main dishes, lamb with rhubarb jam, potatoes, kale and crowberries and their fish of the day dish (which i think was cod, but can’t remember for sure).

and last but not least, the desserts: skyr with blueberries, oats and whey granita and mini-kleina, with caramelized whey. i love how they use whey for everything! did you know the vickings used it to preserve their food by “pickling” it in whey? 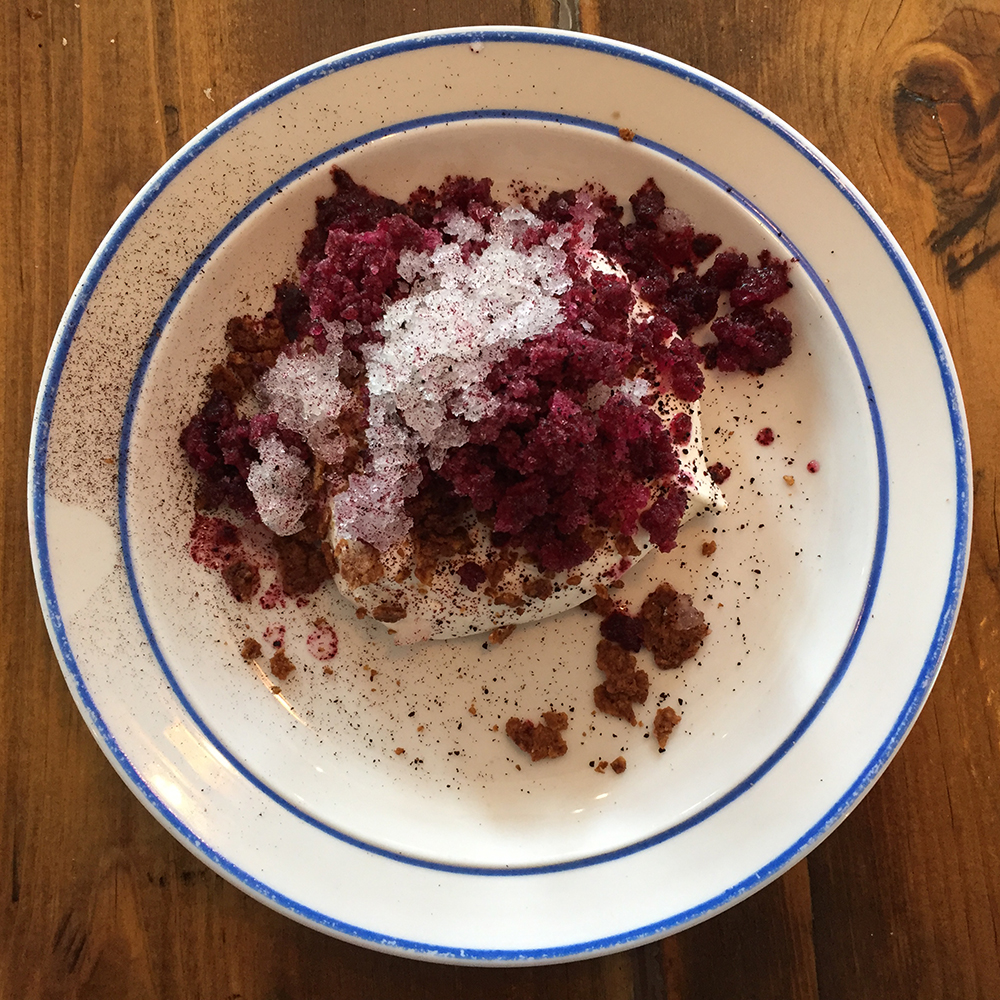 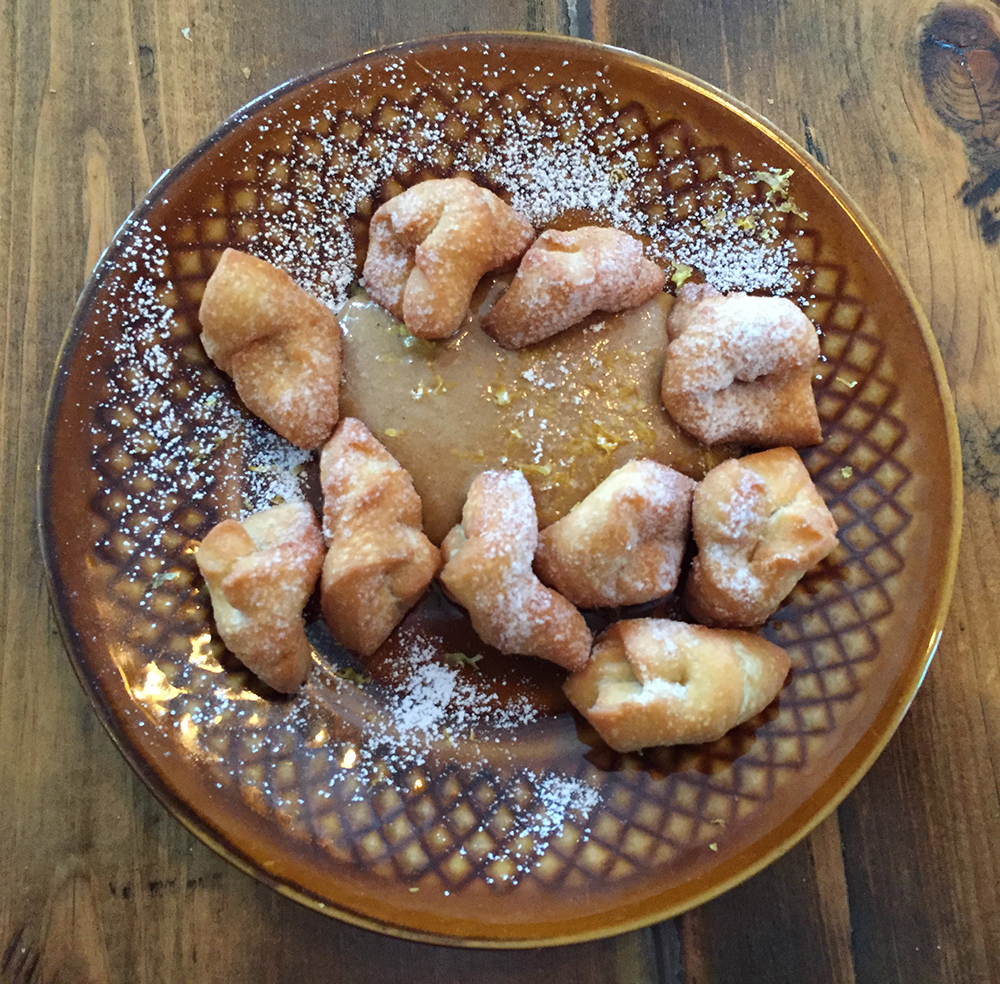 .
it was the perfect meal, from start to end — and the perfect sendoff from our time in iceland.

wait… but what about proper sweets or pastries, you ask? i’ll tell you about that in another post… :)

1 reply on “what we ate in iceland”

[…] tasting memory is quickly fading, so it’s time to do one of these food recaps […]