yesterday at a restaurant over lunch, a british lady sitting with a group of friends on the table next to ours asked the waitress for a dessert recommendation, “something typical!“, she said. the waitress pointed to one of the few items on the menu that didn’t have a photo and said “try this — you’re going to like it. if you don’t, you don’t have to pay!“. she laughed and ordered it.

while we waited for our food to show up, i wondered what she had recommended… and then when she came over carrying a mysterious tinfoil pyramid, i knew she’d made a good choice. the group of friends ooooh’d and aaah’d at the contraption while she twisted and unwrapped the surprise package until an unappetising “nest” emerged. urged by the waitress, she hesitantly scooped a bit onto her fork… and then proceeded to gobble the whole thing in a flash! :) 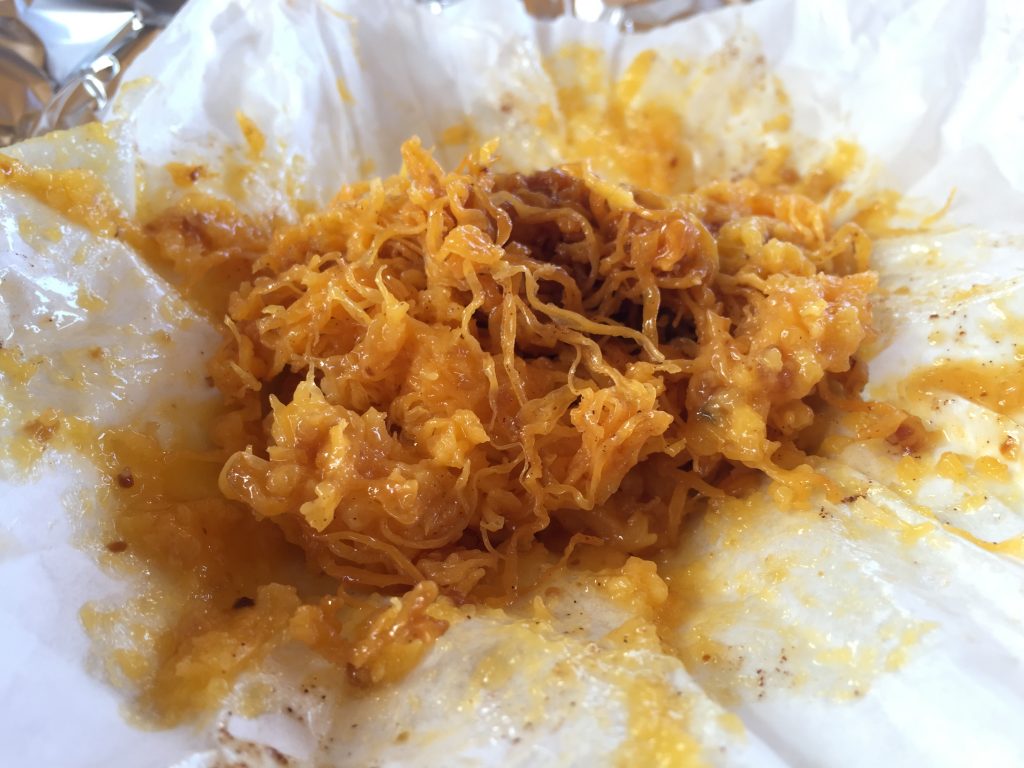 dom rodrigo is a traditional sweet from the south of portugal, consisting of (what else!) egg yolks and sugar, sprinkled with a bit of almond. the yolks are turned into angel hair, delicate golden strands drenched in a syrupy concoction of almond and more yolks.

here’s the boy opening his:

it looks like a mess and would probably be a hard sell were it merely scooped onto a plate, but the fanciness of the package gives an almost dignified air to the whole thing.

not that it matters how it looks because the taste of it… goodness. those gooey strands are the thing of dreams! they melt in your mouth and leave nothing behind but sweetness, the faintest hint of cinnamon, and a crave for the next hit. 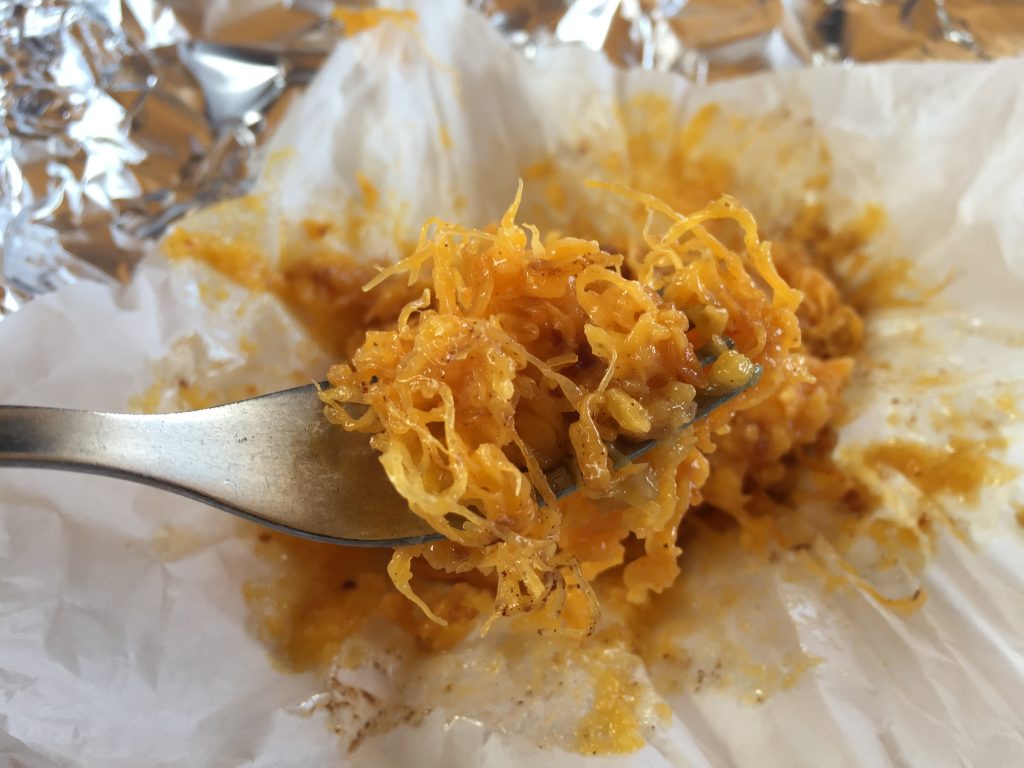 a couple of scoops later and it feels like it’s over before it even started. soon enough you’ll find yourself trying not to lick the paper!