i don’t think i’ve ever met a fruit i didn’t like, but passionfruit feels special. the taste is the definition of exotic in my book — sweet and alien-like.

they’re supposed to be fast-growing plants that enjoy heat, and therefore ideal for our southern climate. last year, a neighbor down the street gave us a couple of his own fruits to eat… but having seen their vigorous vines, we jumped at the opportunity to grow our own. we started them in a container back in 2016 and saw first sprouts some weeks later: 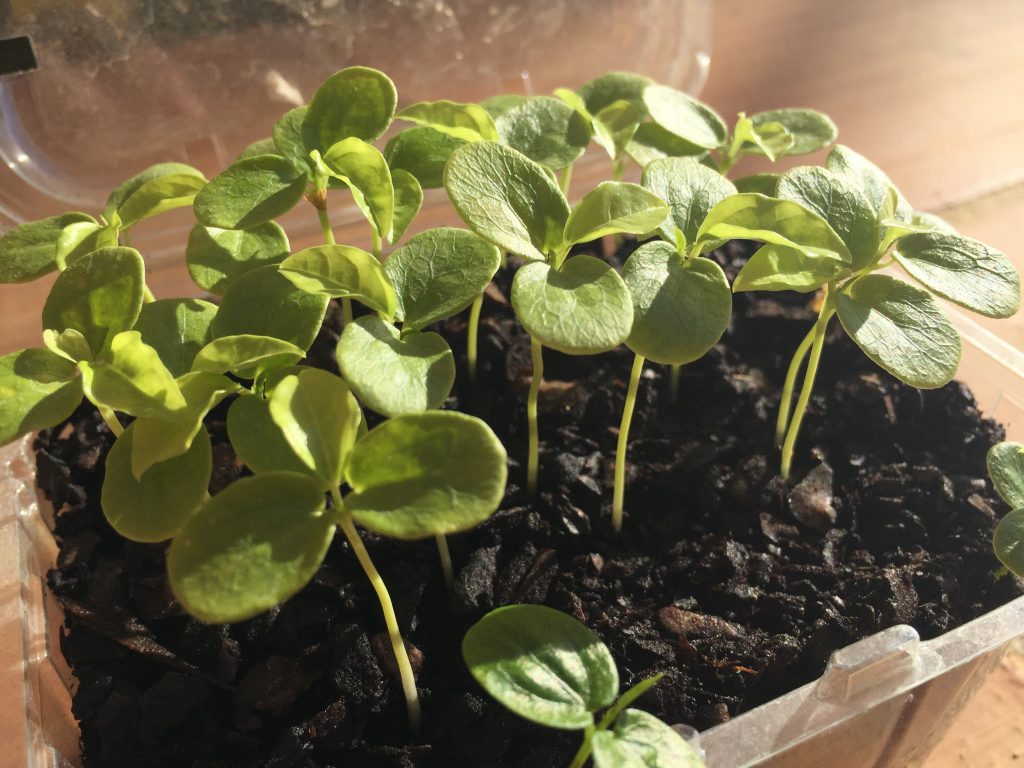 we planted them out in the front garden just under the fence, so that they had something to hold on to. after some dormant months, they begun their ascent in the spring of 2017… 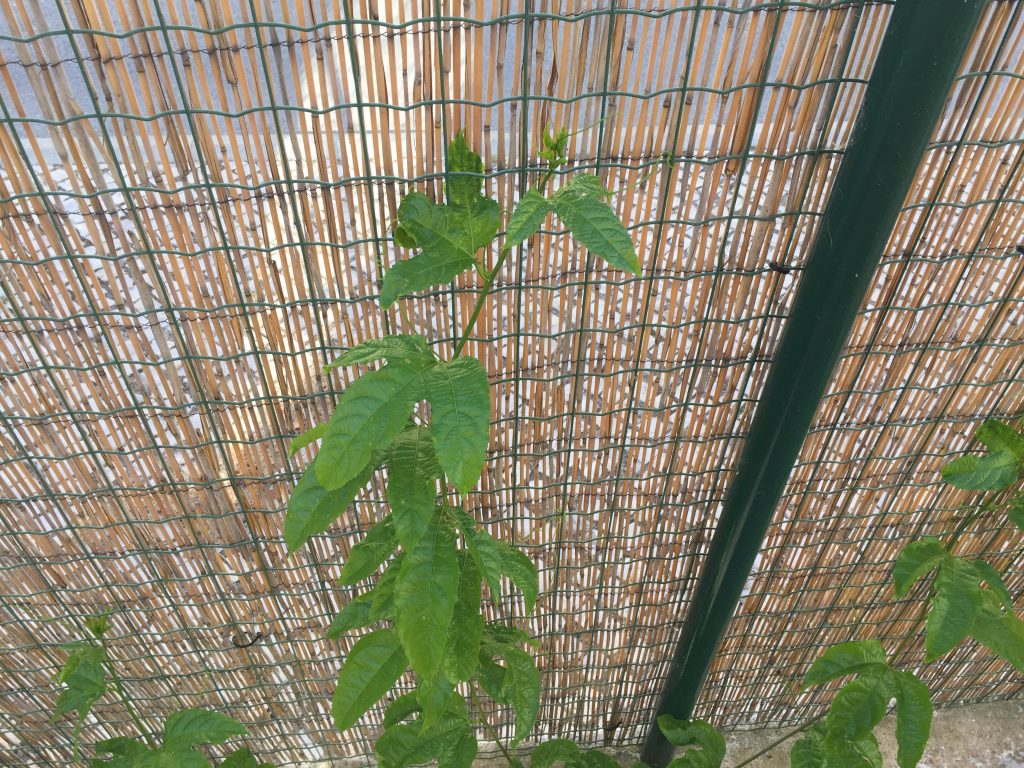 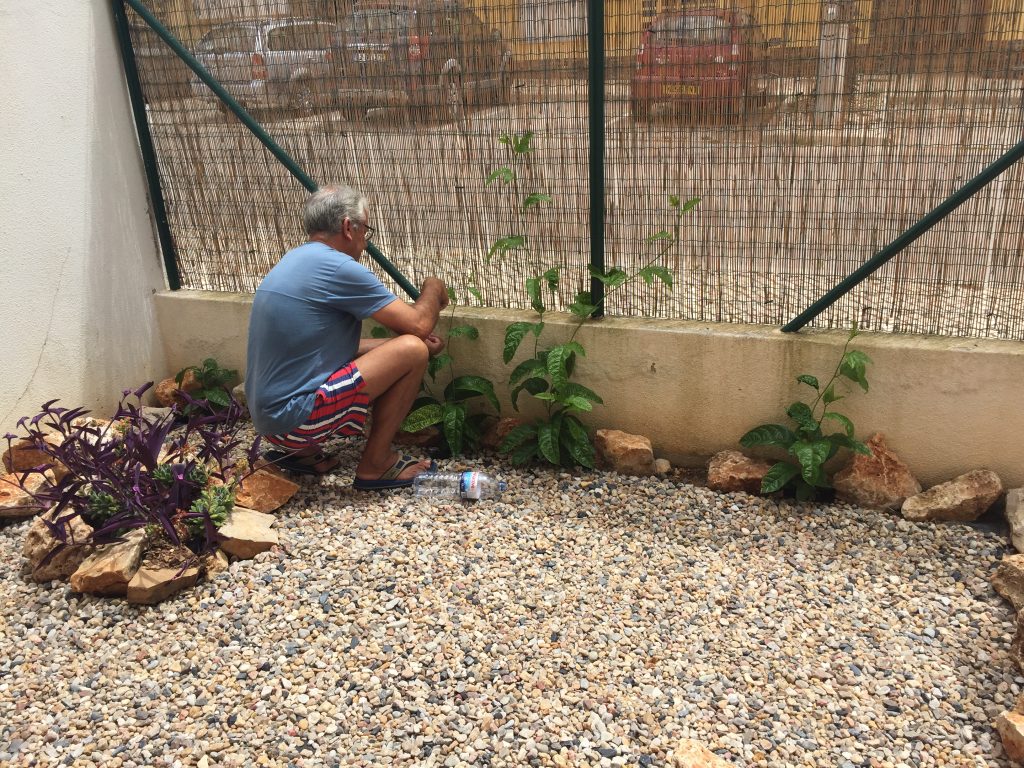 fast forward to a year later, and they have taken over the whole thing. had we known they would insist in growing upwards at every chance, we would have made a better effort to pull them sideways while we could… well, too late now. 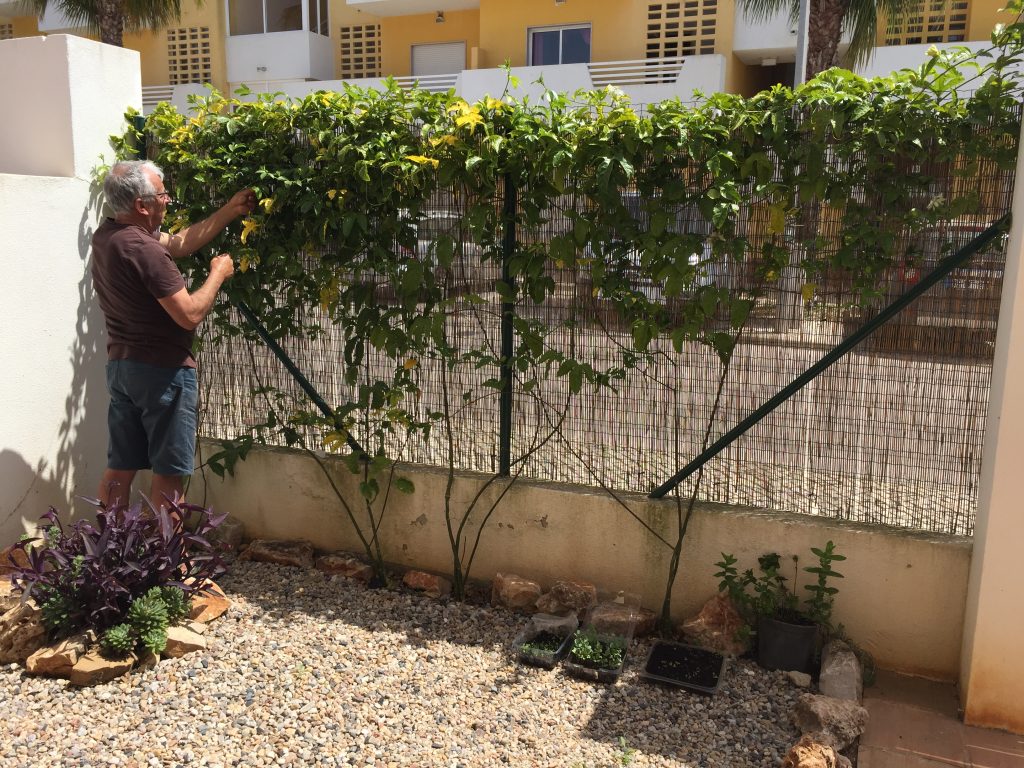 we also have our first flowers! they’re super pretty, as all passionfruit flowers are. incidentally, did you know where their name comes from? according to wikipedia,

“Around 1700, the name was given by missionaries in Brazil as an educational aid while trying to convert the indigenous inhabitants to Christianity; its name was flor das cinco chagas or “flower of the five wounds” to illustrate the crucifixion of Christ, with other plant components also named after an emblem in the Passion of Jesus.

The name maracuyá or maracujá comes from a Guaraní word meaning “nursery for flies”. 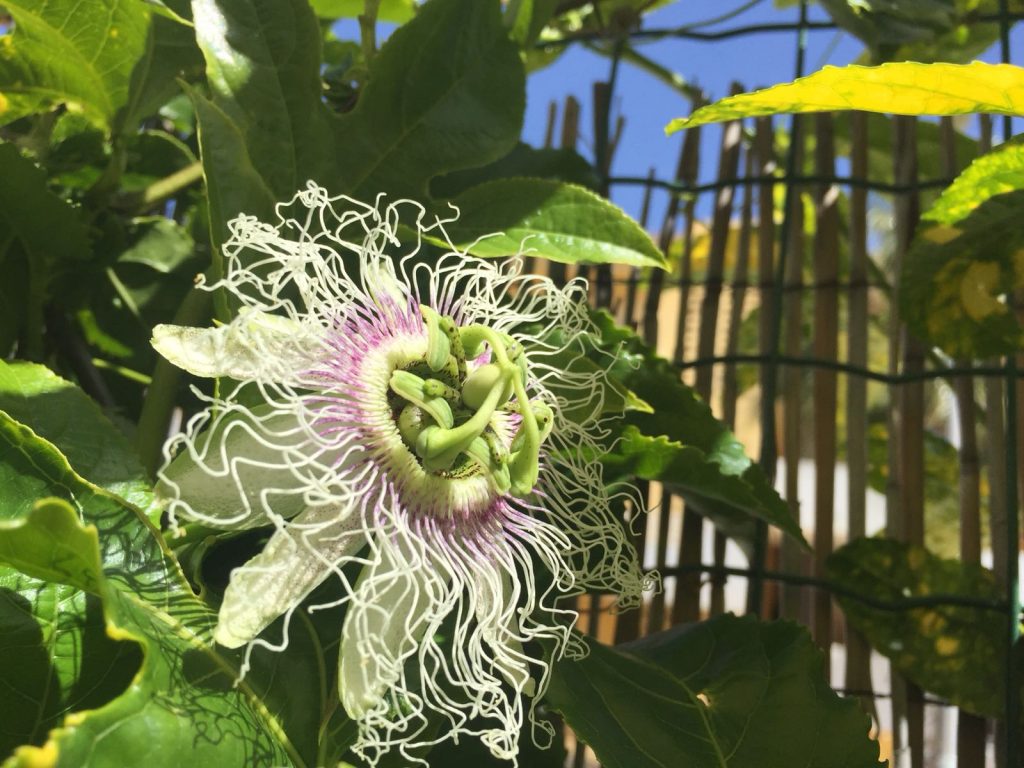 and just this week, we spotted the first fruit! i can’t wait to finally taste it and strike another item off the 101 list! :P 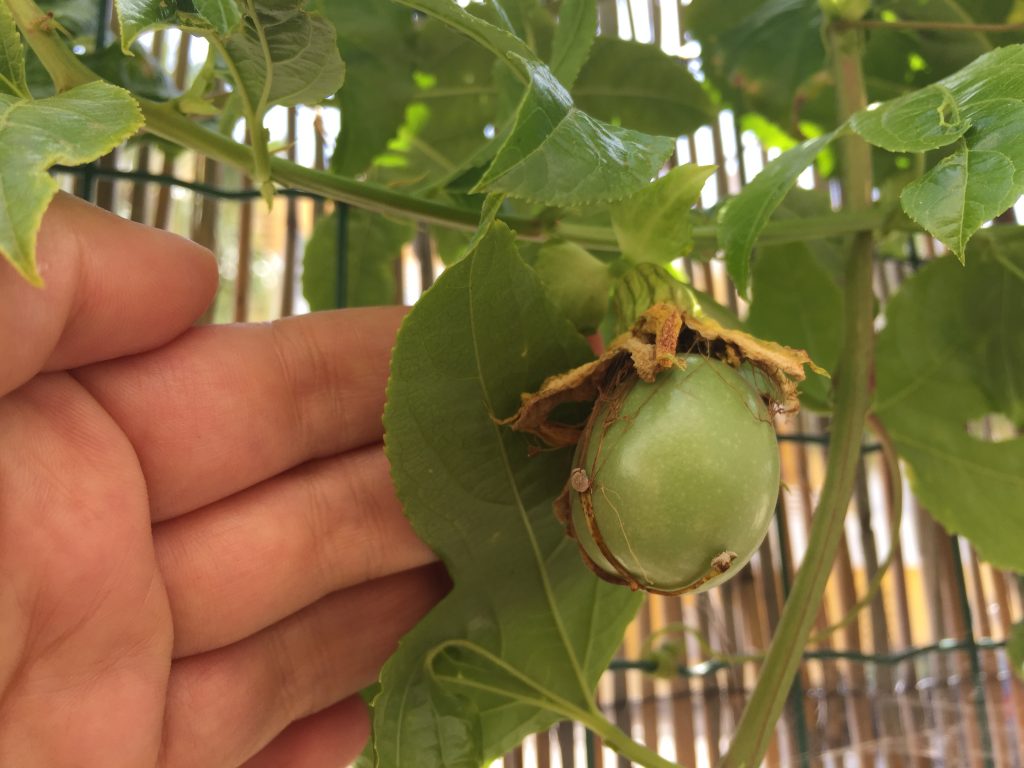 4 replies on “the passionfruit chronicles”

Beautiful Ana!
Growing up, my parents had a whole wall of maracujás (also planted from a fruit they got from someone) and we had so many every year that we used to make juice with a sieve. Liters and liters of it!
My mother also planted an avocado pit that grew into a big green tree. For years it was just a lush green tree but one year it started popping kilos and kilos of 15/20 cm avocados. It went on for a lot of years. :D
I miss those backyard plants…

[…] first up, this echeveria “perle von nürnberg” (i think?) that i traded my parents for some cuttings of our passionfruit. […]

[…] the end of june, some of our passionfruits started turning purple. i confess we’ve been quite anxious for this last step. the […]