moving south and next to a salt marsh has introduced a dozen new species of animals and plants into our vocabulary. geckos and chameleons are cute, as are the skittish flamingos that eat all the pink algae in the salt ponds. but it’s not just new animals that inhabit these salty places, special plants too — like salicornia! 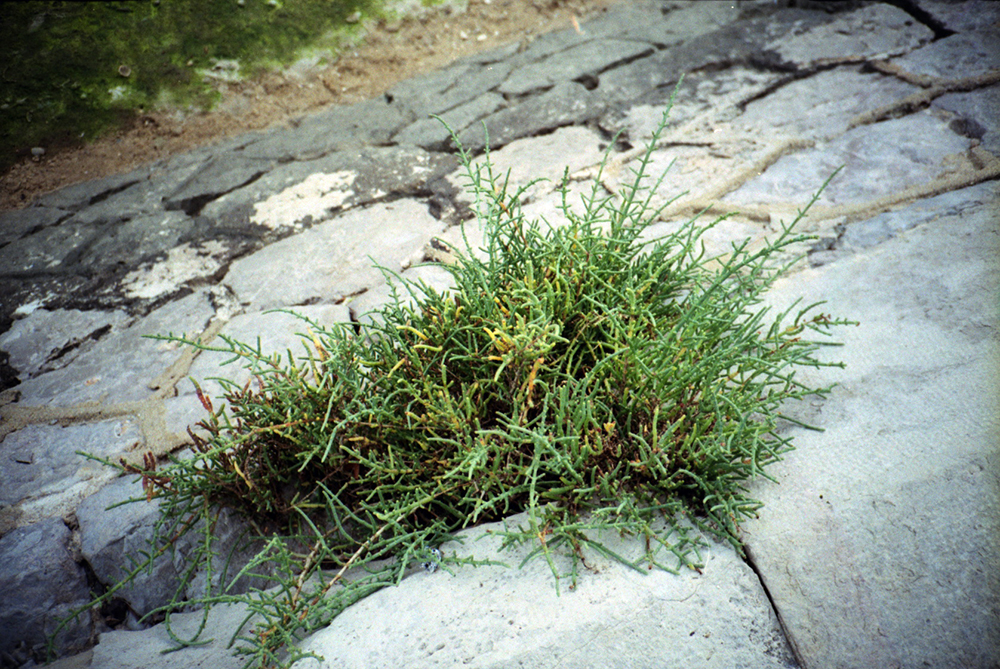 also called sea asparagus or pickleweed, salicornia is a halophyte, a plant that is adapted to salty environments. when you bite into it, the saltiness immediately floods your mouth… like eating bits of the sea! the flavour is pleasant enough and the surprise saltiness in every bite makes for a fun addition to salads and other dishes.

it’s a bit of a gourmet thing these days, which is funny because for much of history, salicornia was considered a worthless weed. it reminds me of a Ralph Waldo Emerson’s quote on the back of one of my field notes:

“What is a weed? A plant whose virtues have not yet been discovered.”