may was a great month – even if the video isn’t one of the best so far. some highlights:
– lots of trips, big and small: london, weimar & erfurt
– street food thursdays, which have become almost a tradition on thursdays
– big stuff smoked bbq‘s delicious plates
– 2 postcrossing meetups in a single month
– the finnish postcrossing stamp
– the first couchsurfers of the season
– and more dr. who than we’ll care to admit… :)

it’s been hard finding the motivation to write. in between school and postcrossing, by the end of the day i just want to tuck in bed and sleep. if can make it through an episode of doctor who without falling asleep, i count that as a victory!

so where were we…? ah yes, london! there’s food to be celebrated! here are some of the highlights of our trip. 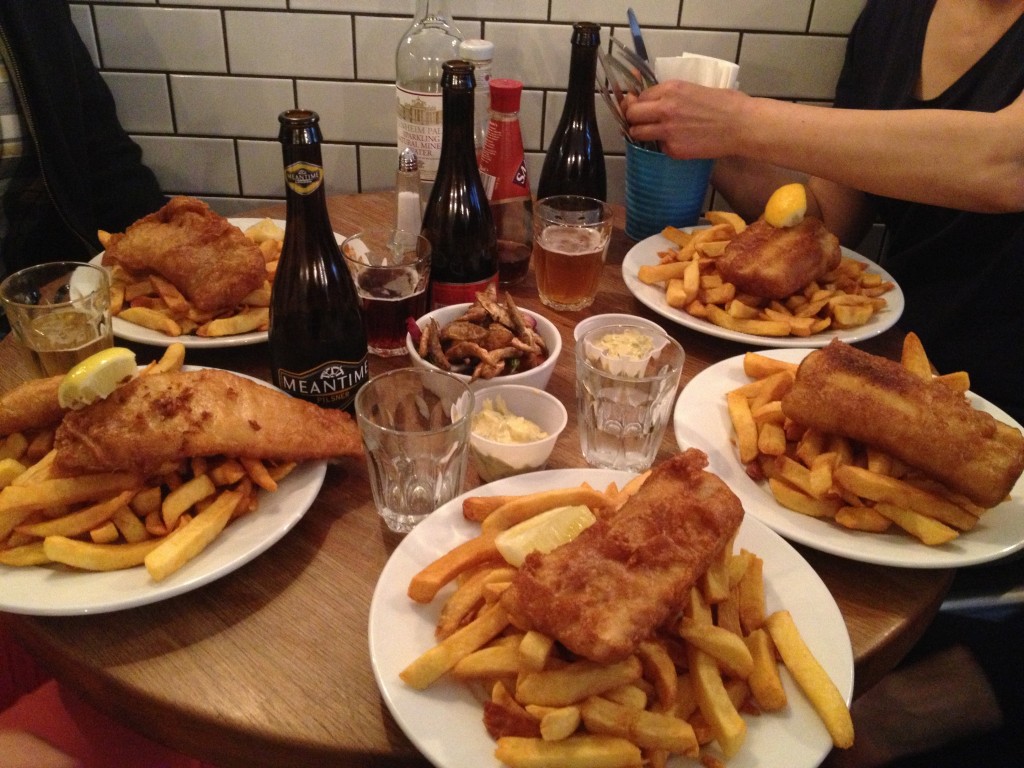 fish and chips! greasy and ubiquitous and delicious! 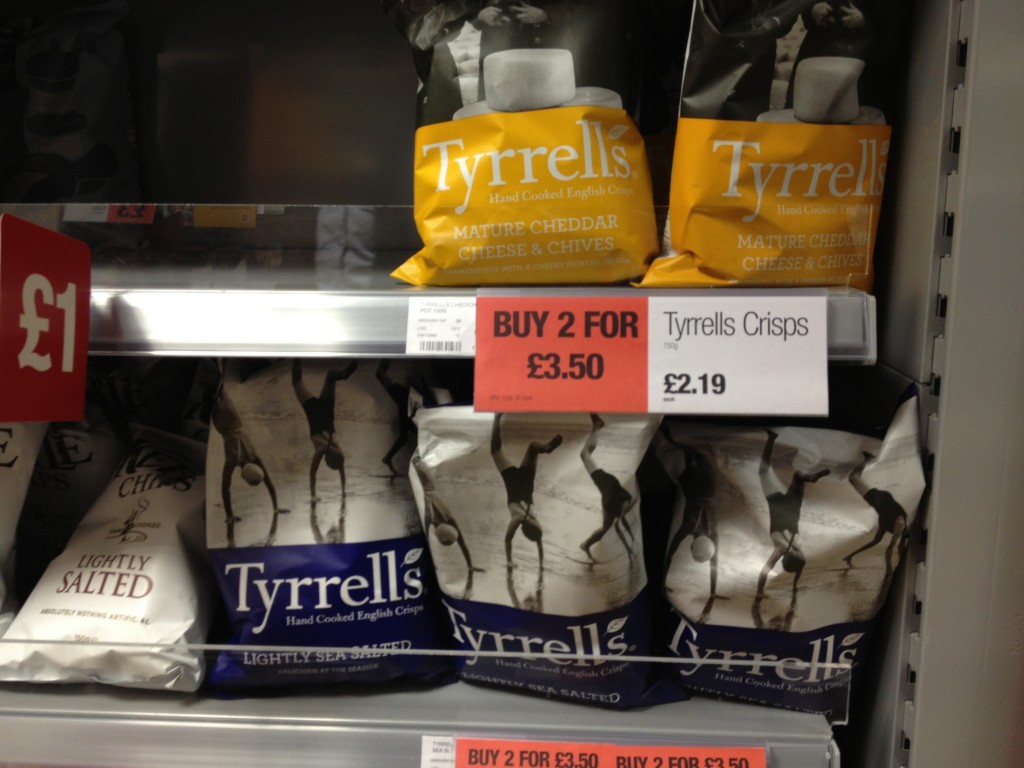 dear lord, the crisps were out of this world… especially with vinegar! who knew? or maybe it was just because we hadn’t eaten chips in years… 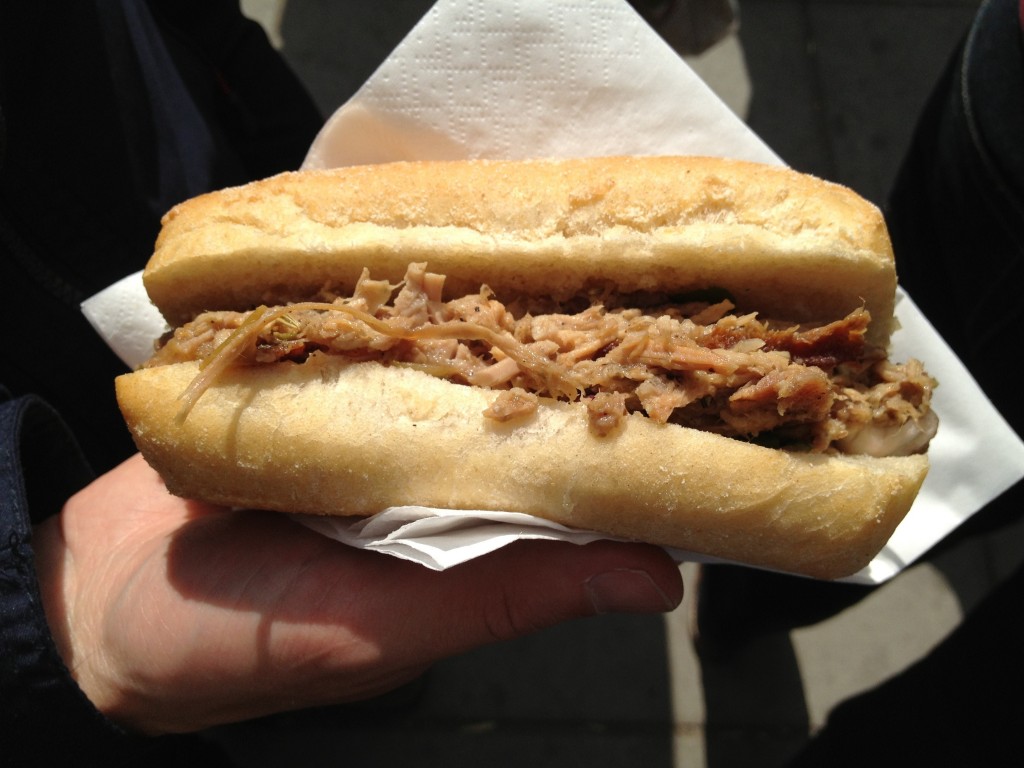 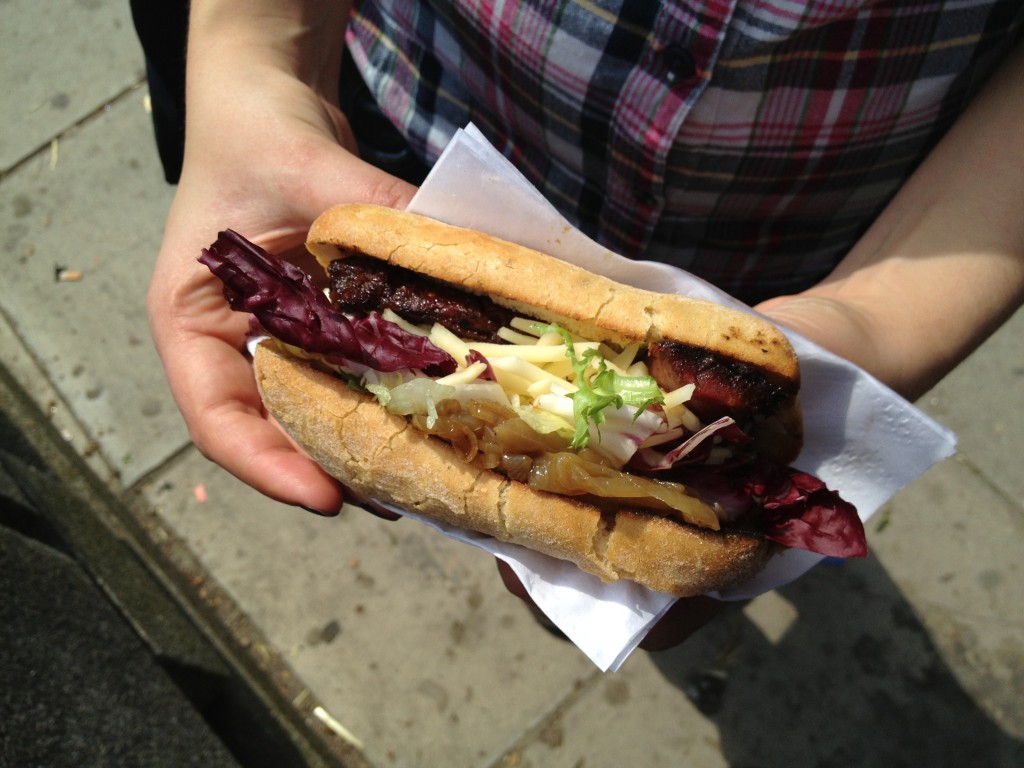 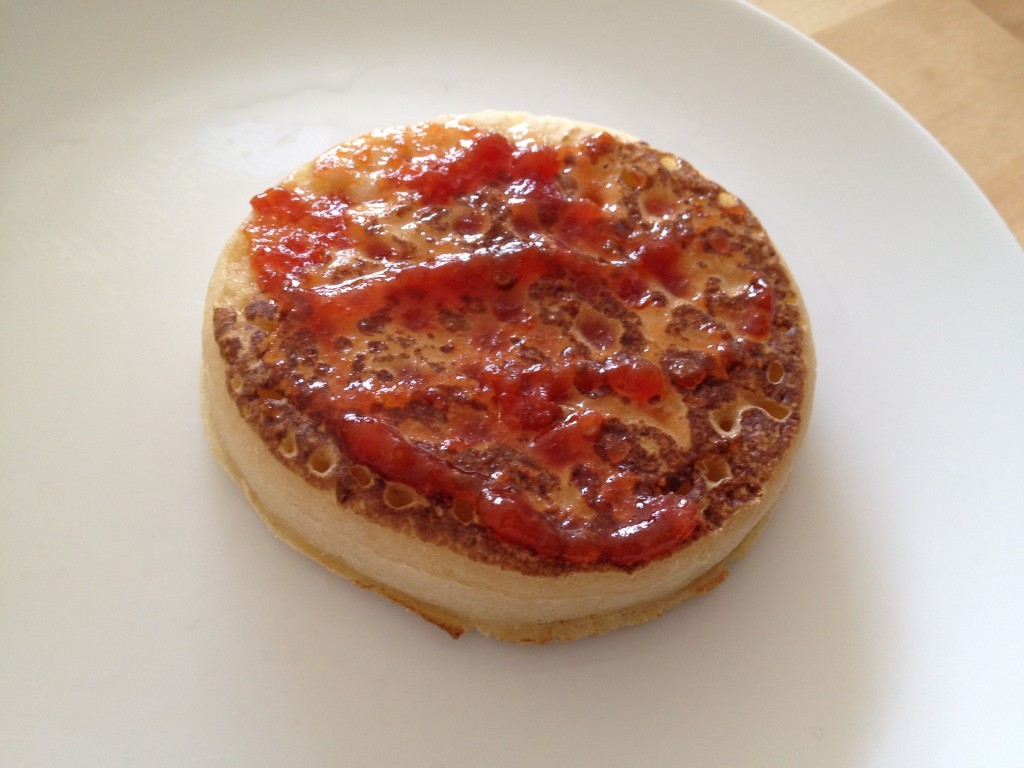 crumpets covered in jam and scotch eggs… just because they’re so exquisitely british in our heads, and we’d never had them before! :) 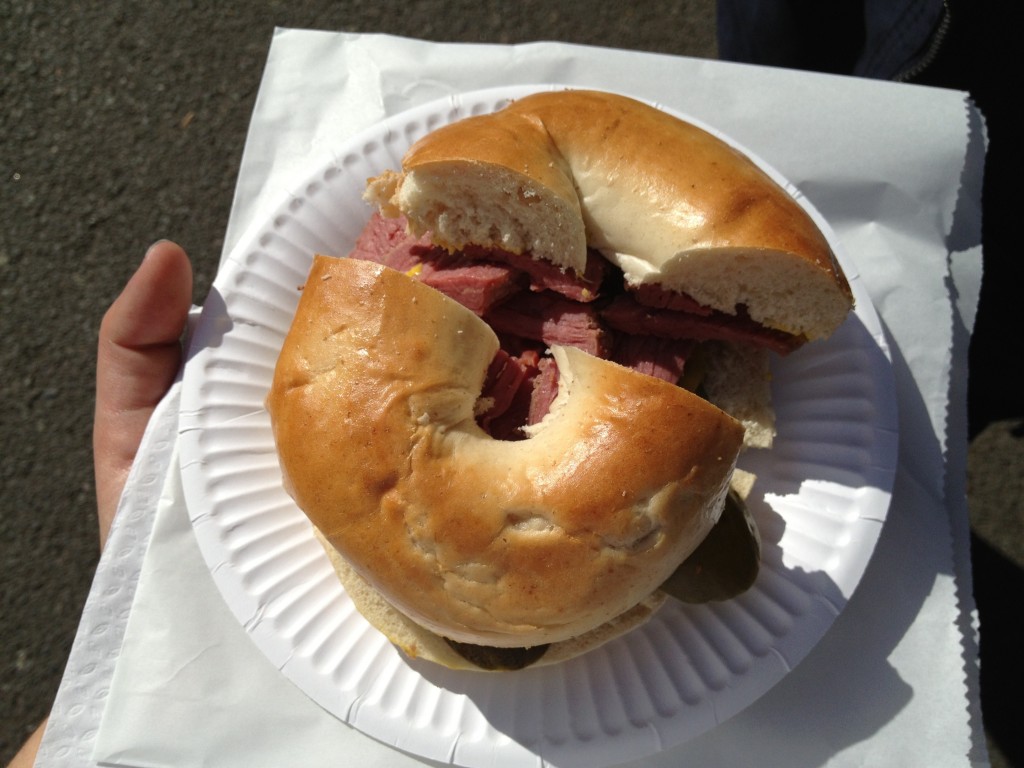 omg, this bagel at borough market… when the man asked if we wanted mustard on the bagel, we said sure! but after the first bite we were cursing up the skies with burning sinuses, eyes tearing up and mouths open like fishes trying to grasp a bit of air… jesus christ, that was some strong mustard!! i bet one could clean some pipes with that – it certainly cleaned our noses for a few hours… 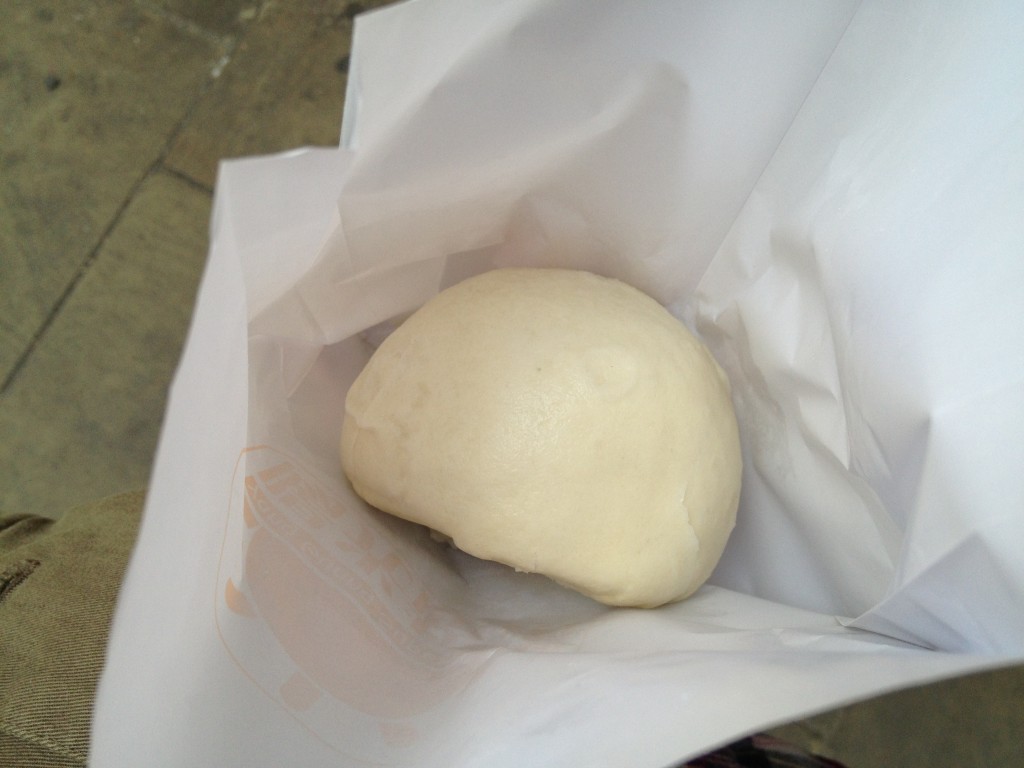 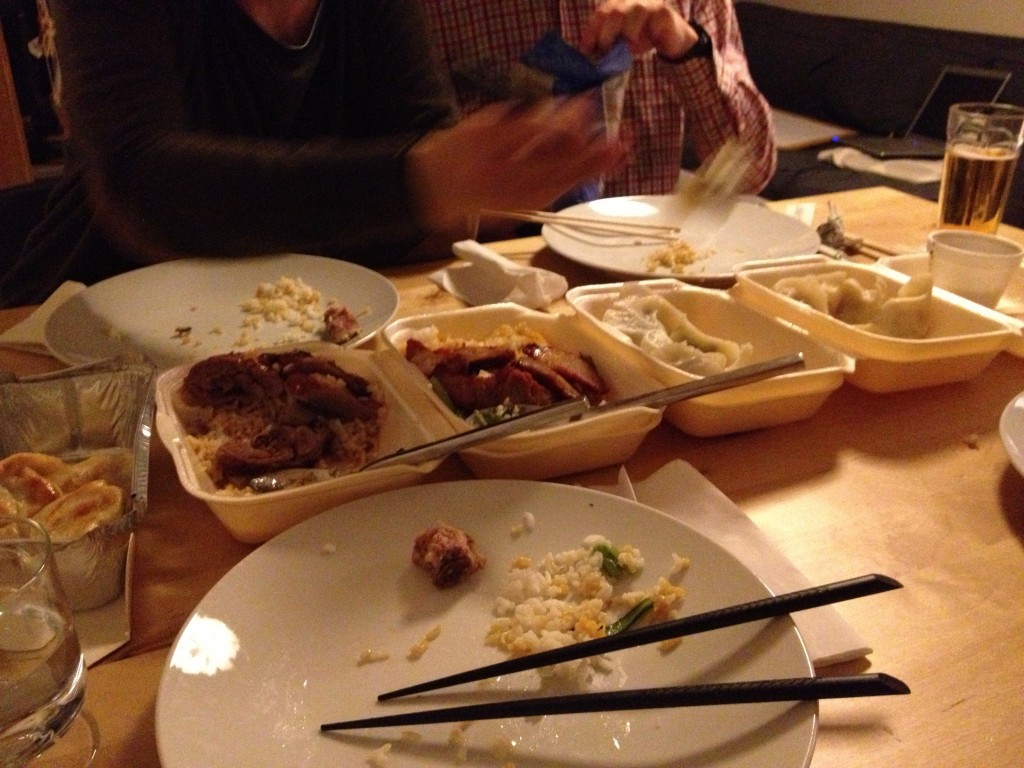 chinese! it was great to discover london’s chinatown, and grab some dumplings and takeout :) 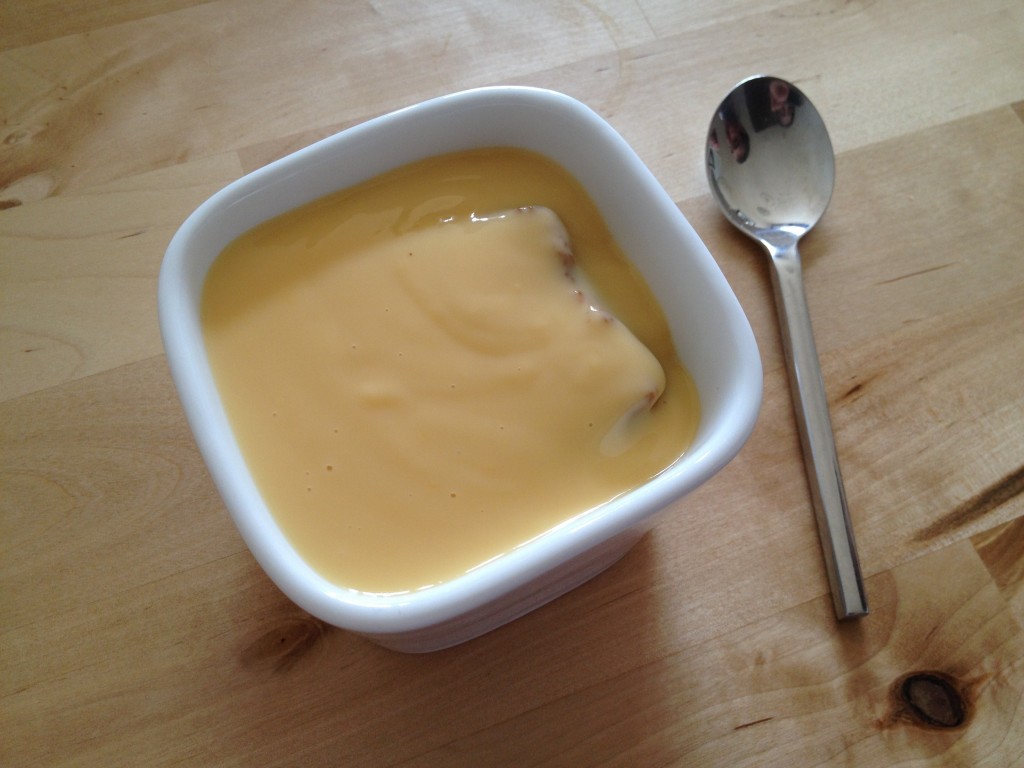 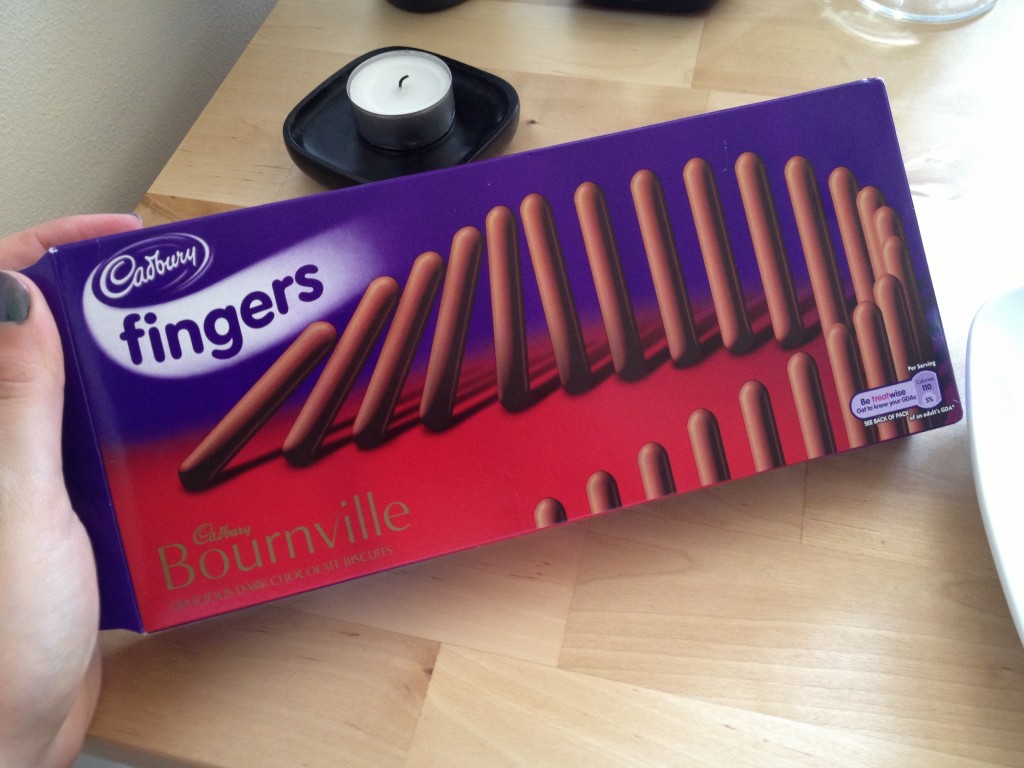 and last but not least on the photographic series, custard cream on cake and chocolates. how come anything made out of chocolate is so cheap in the uk?

the high point of the gastronomic part of the trip though, is not portrayed here, since i didn’t take any photos. it seemed… disrespectful to the chef to waste time with such trivialities when there was real, proper, delicious food prepared for us. we had lunch on st. john’s, a small indulgence and our first foray into the realm of michelin starred restaurants. fanciful establishments don’t really attract me… they’re way out of our league, plus, i’m not a big fan of having to dress up to eat. but st. john’s was different. it’s all about the food here – and not just the finest pieces of steak, but the whole animal… literally, nose-to-tail.

(funny thing: i had heard so much about the place that i already knew some of the dishes i wanted to order… and in the weeks before the trip, i had the oddest nightmares in which we were eating there but had forgotten to order the bone marrow…)

between us, we had the famous toast with roasted bone marrow and parsley salad (uff! i didn’t forget!), fried eggs on black pudding, welsh rarebit, lamb sweetbreads with peas and bacon, eccles cakes with lancashire cheese and meringue with strawberries and cream.

it was… magnificient, from beginning to end. every dish so simple, yet so mouth-wateringly delicious. everything so serene, never distracting you from the purpose of your visit. i was a bit uncomfortably full by the end of it, but oh so happy to have had the change to eat there. i couldn’t help the giddy smile – it was worth it! :)

i find there are few things in life as comforting as home-made meals, and of those, breakfast takes the cake. carefully prepared food, first thing in the morning? it requires love and dedication. 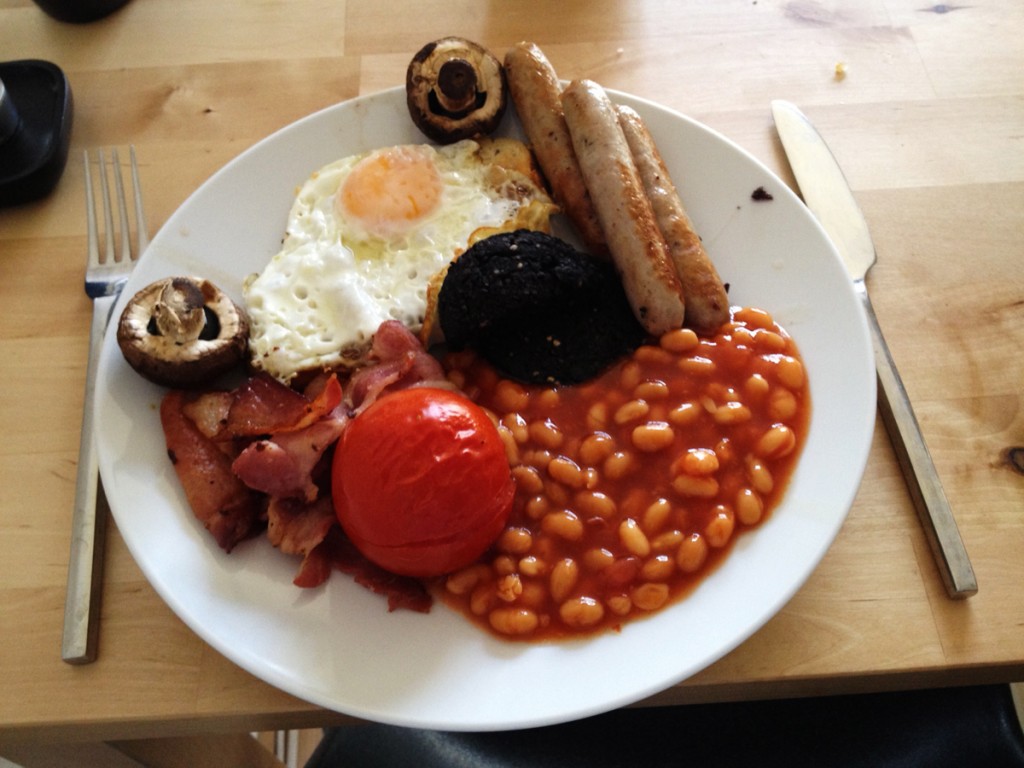 which is why it meant a lot to us that our first english breakfast in british soil was prepared by our hosts! it’s a lot of methodical work: some bits go in the oven, some are warmed in a pan, some are fried in a specific order so that everything is nice and hot before being served… but what a beauty! i especially liked the black pudding, but every bit of it was delicious – one of those meals that makes you want to sigh and lovingly pet your stomach at the end… before leaping out of the table with tons of extra energy for the day’s sightseeing :)

we were in london for the past few days! 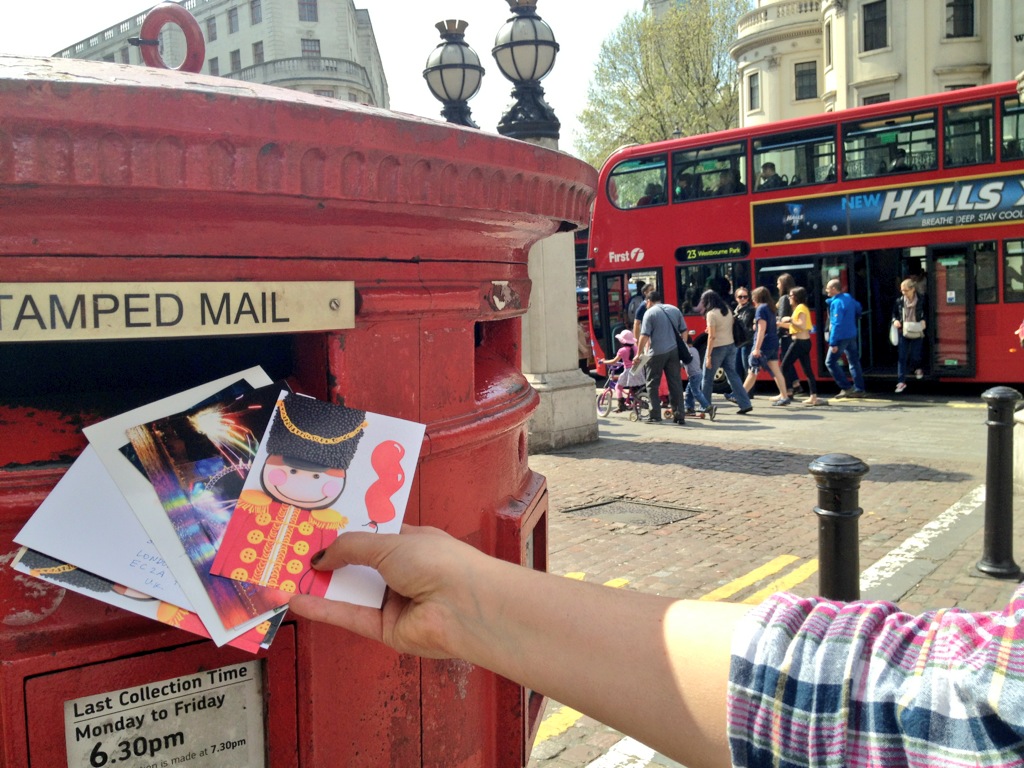 no, wait wait, that’s not right… what i meant to say is…

WE WERE IN LONDON FOR THE PAST FEW DAYS!! :D

i had ridiculously high expectations for this trip, which usually spells catastrophe and disappointment – and yet, london went above and beyond them, and was, in the famous words of arthur shappey, brilliant! i loved the fast pace, the mix or architecture, the food, the markets, the river, the crowds, the stationery shops, chinatown, the way they use words which the rest of world seems to have forgotten… (and by the way, how nice to be able to understand everyone in a foreign country!)

i’m still reeling from the experience. i’ll try to share bits and pieces of what we’ve done there, but i must confess i wasn’t very diligent in taking photos… i was busy taking it all in :)