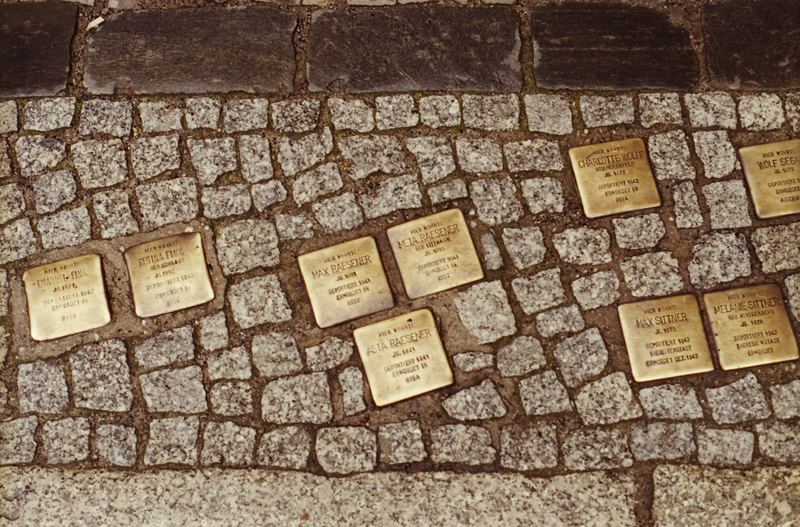 stolperstein, or stumbling blocks, are the name of these little brass cubes that you can find on the sidewalks of berlin. they’re small and unremarkable in the hustle and bustle of the city. but if you take the time to stop and really look, you’ll notice they’re more like silent memorials. each one of these blocks marks the last place of living of a victim of nazism, who was later deported and murdered. they’re made by artist gunter demnig, who started this project in 1993 – today there are over 20000 of them, all over europe.

in the words of cambridge historian, ioseph pearson:

“It is not what is written on the stolpersteine which intrigues, because the inscription is insufficient to conjure a person. It is the emptiness, void, lack of information, the maw of the forgotten, which gives the monuments their power and lifts them from the banality of a statistic.”

[…] just came across this piece about “stolperstein“, brass plaques embedded in walkways all over Europe commemorating […]

[…] i started this walking on history series, i was inspired by all the sidewalk memorials we stumbled upon in berlin. but what about other kinds of history… like natural […]