so, as i was saying a couple of posts ago, the boy who runs ran the whole berlin marathon in 3 hours and 12 minutes, which was brilliant! he says he was disappointed he didn’t make his target time of 3:10… but what’s 2 minutes anyway? pffff….

here he is, in the customary before and after photos: 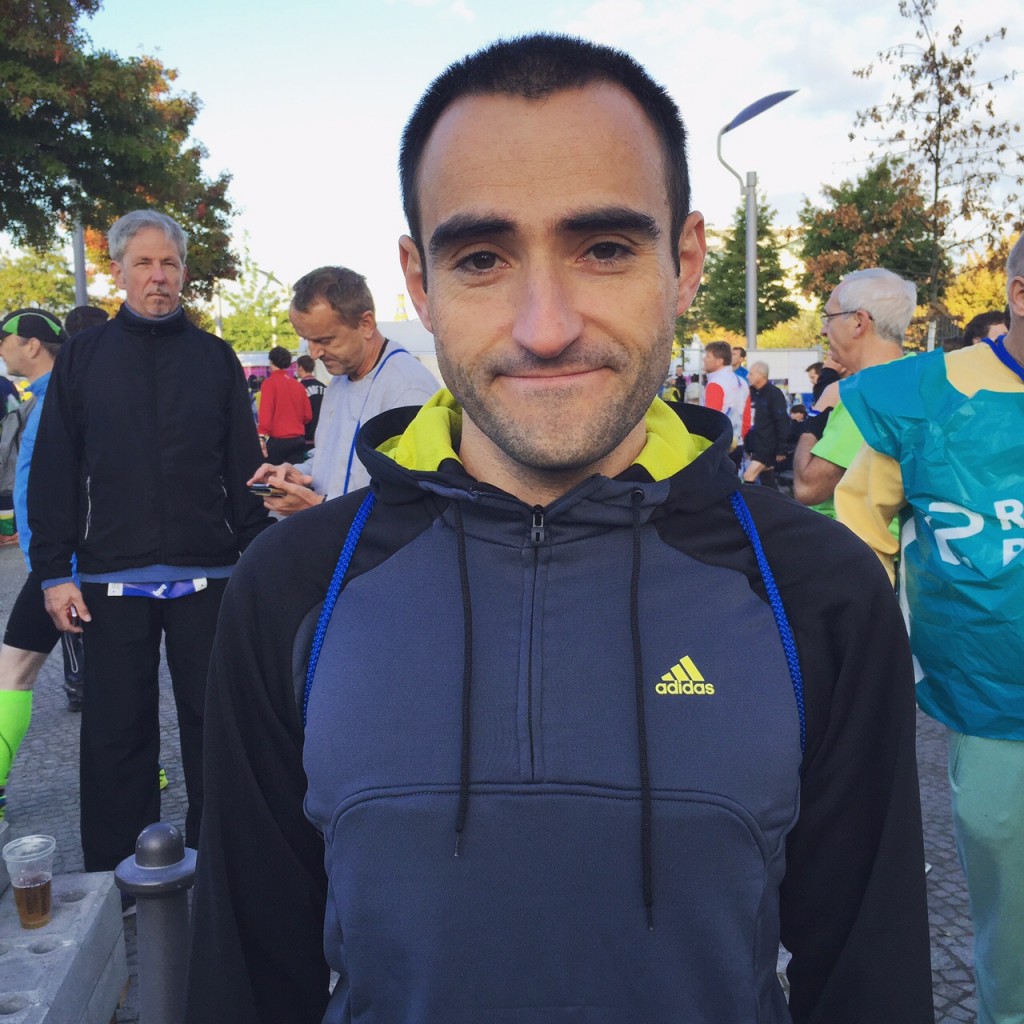 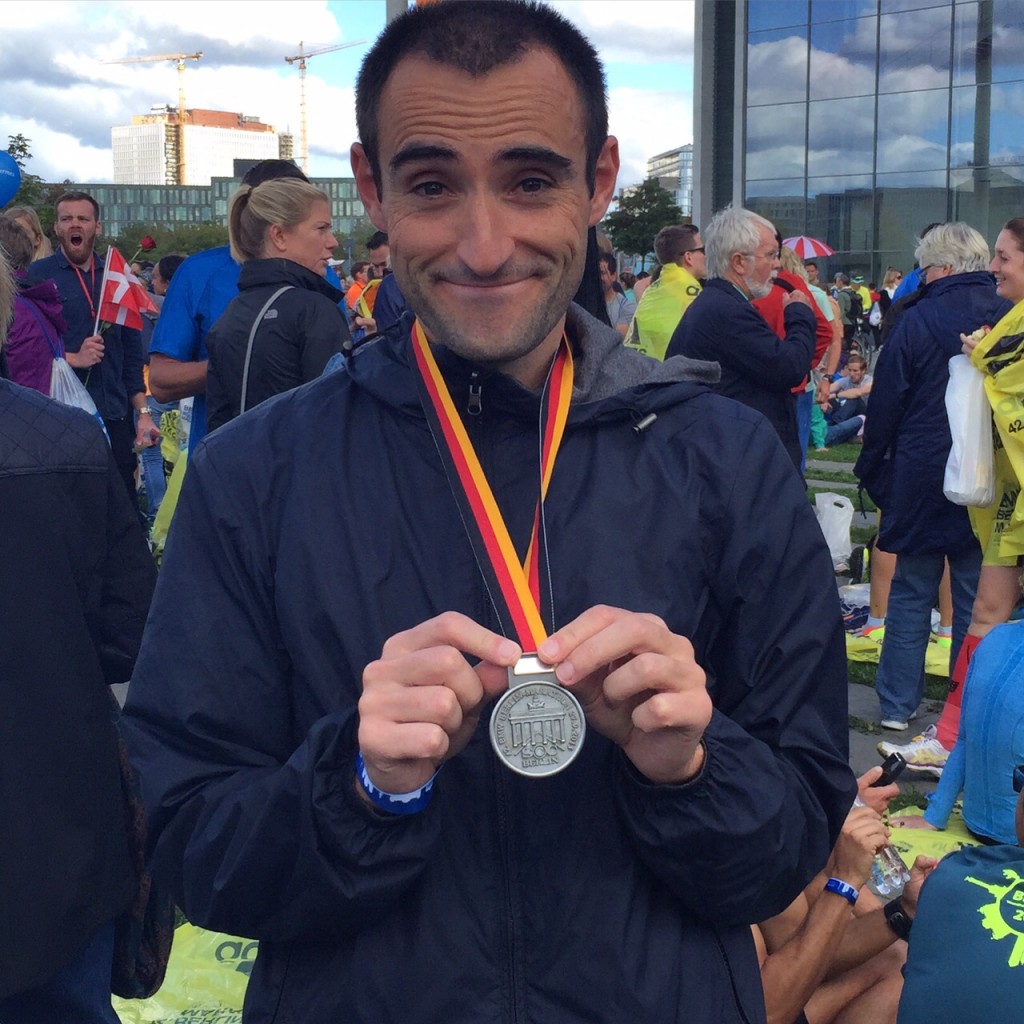 tasked with the delivery of energy gels at regular intervals, i was too scared to miss paulo in the crowd of runners to take any photos while it was ongoing… but luckily, a number of our friends showed up to cheer him on and record the day! our friends anke and sabine were in town, and enthusiastically helped energise our athlete with the banner anke had done for postcrossing’s 10th anniversary! sabine took these photos as paulo zoomed by: 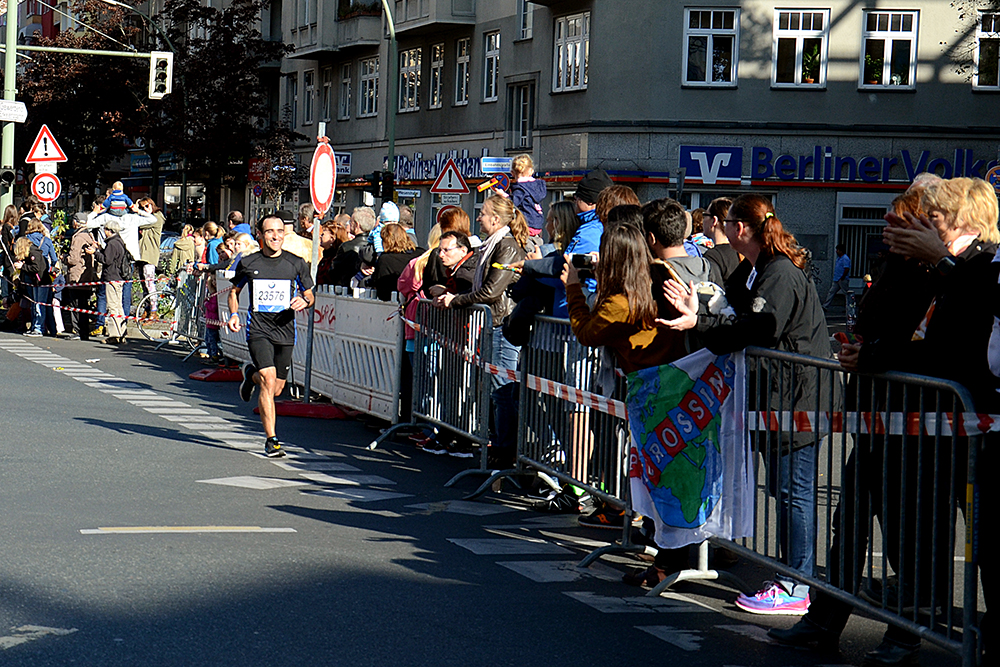 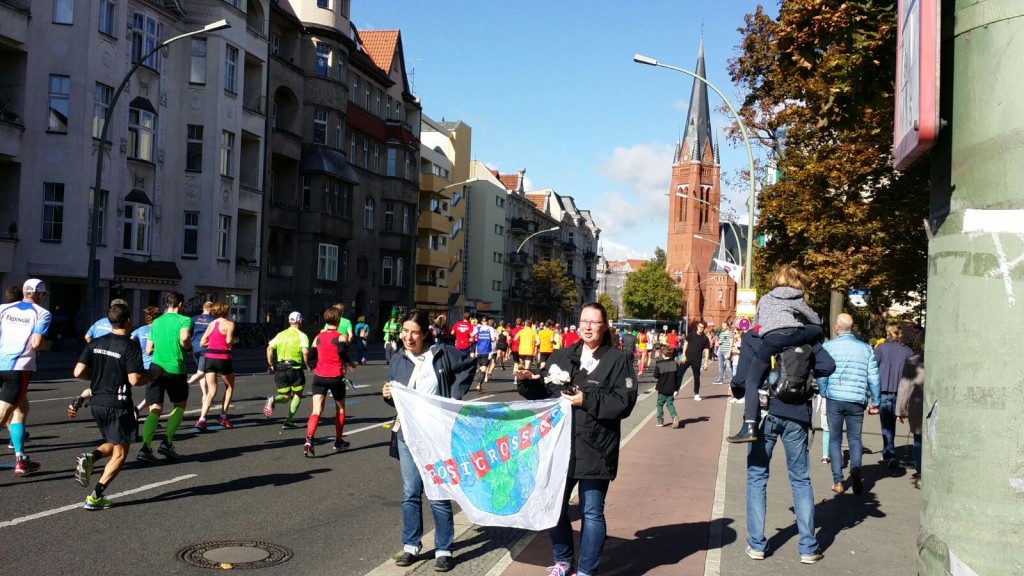 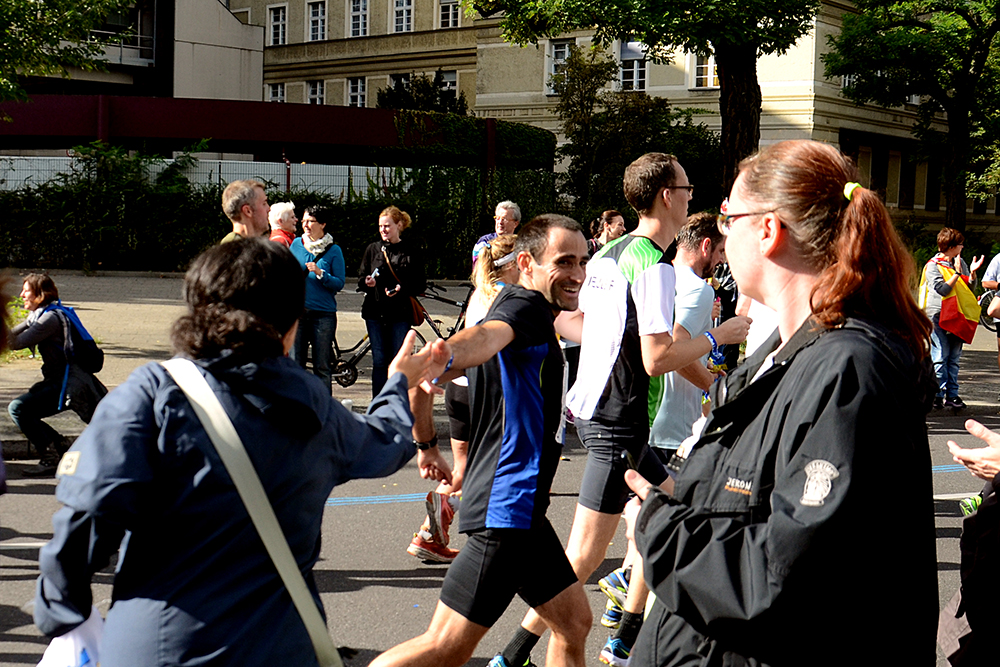 and our friends filipe and cecilia made this beautiful animated gif of him passing by hermannplatz, which somehow still manages to make me a little teary eyed, even after a few weeks…

awww, right? i got 2 quick kisses throughout the race, and one high-five towards the end! :D paulo says the last 10km were particularly hard, and next time, i shall plan to see him at more regular intervals in that part of the race… that is, if he ever does it again! (he’s undecided at this point…)

i almost missed him going through the brandenburg gate due to a very delayed s-bahn ride… but got out of the station and up on a bench juuuust in time to see him run by! uff! he did it, he really did! :D 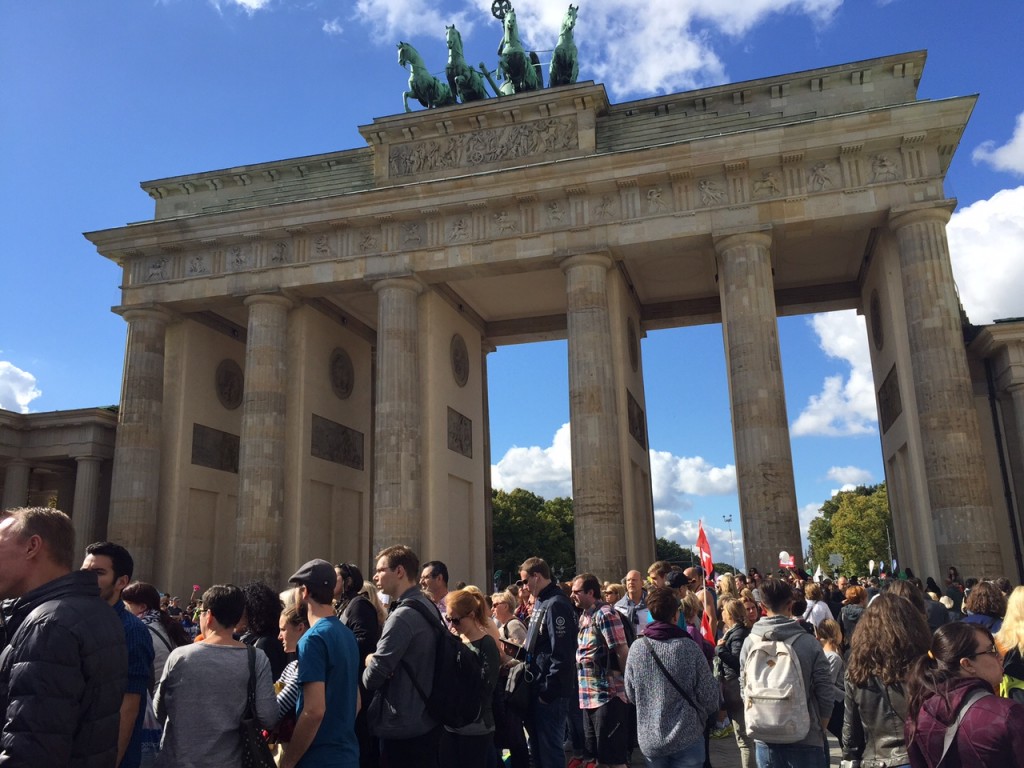 words cannot describe how proud i am of the boy… not just for finishing his first marathon with a super quick time, but also for all the effort he put into it, especially training in the southern mediterranean summer. this race was months in the making — but he set his mind to it, and, as always, pulled it through with flying colors!

i’m very, very thankful of our friends as well, who braved the chill to root for paulo and all the other racers — you were brilliant! and last but not least, berlin itself was magic. the atmosphere during the marathon here is always electric, you can feel it in the banners, the confetti, the bands playing by the road, the hoots and bravos, the relentless clapping and cheering… berliners are proud of their tradition of cheering the last runner as enthusiastically as the first one that passed by. they take it to heart, and i think it helps all the runners who pass by and smile at the strangers cheering them on… with a little extra spring in their step.

4 replies on “the berlin marathon”

[…] the boy recovered the use of his legs, we jumped to london for a few days. we chatted with friends, petted their dogs, hugged their […]