we noticed the towers on our first foray into seville, many months ago. they are striking in the distance, gleaming high above the rolling hills of the andalusian landscape. a bit of googling came up with a name, or a couple of them in fact: ps10 and ps20 solar power plants of sanlúcar la mayor. 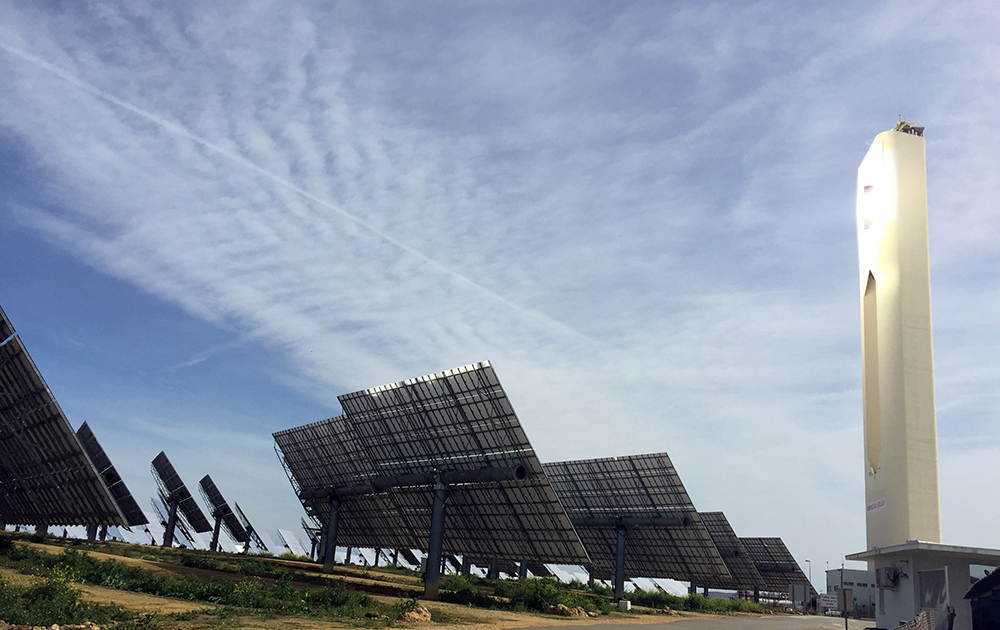 so intrigued were we by this massive development, that we decided one day we would do a detour to check them out — i even put it on the 101 list. last week was the day we finally did it! 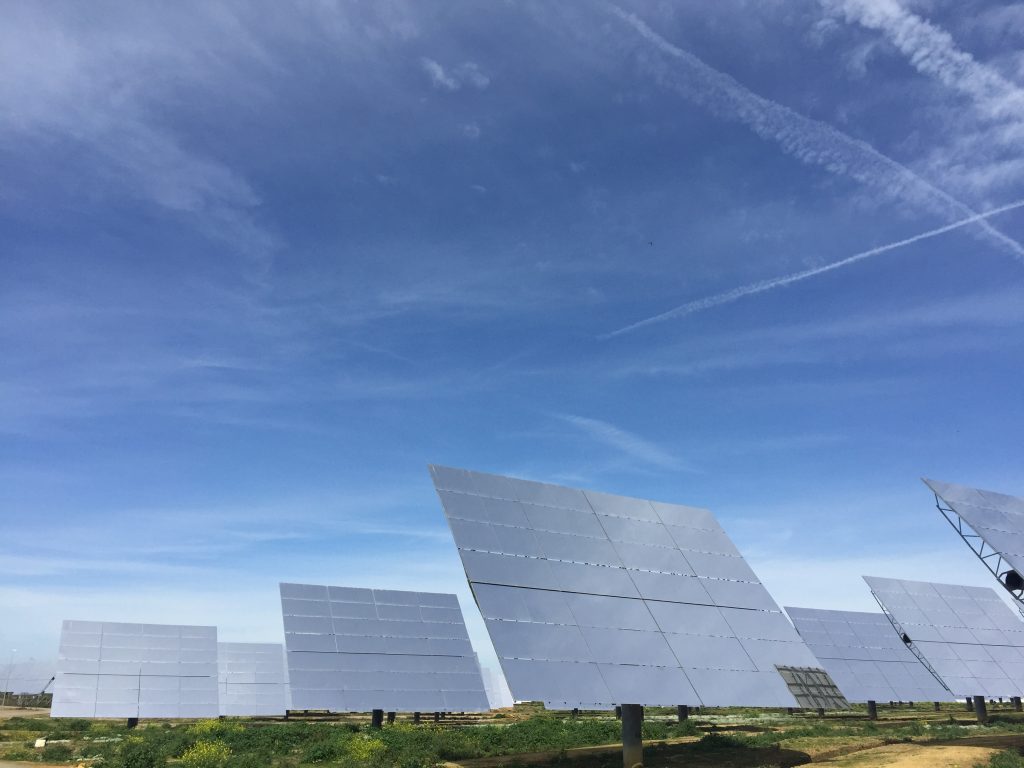 the concept is simple: an array of movable mirrors that reflect the sun into a tower. the mirrors (called heliostats) follow the sun in its path, to maximize the amount of light and heat transferred to the tower. the heat turns water into steam, which is then in turn converted into electricity. it also lights up a lot of dust and water in the air, making it look ethereal … and stinging the occasional animal that flies in the light’s path! :) 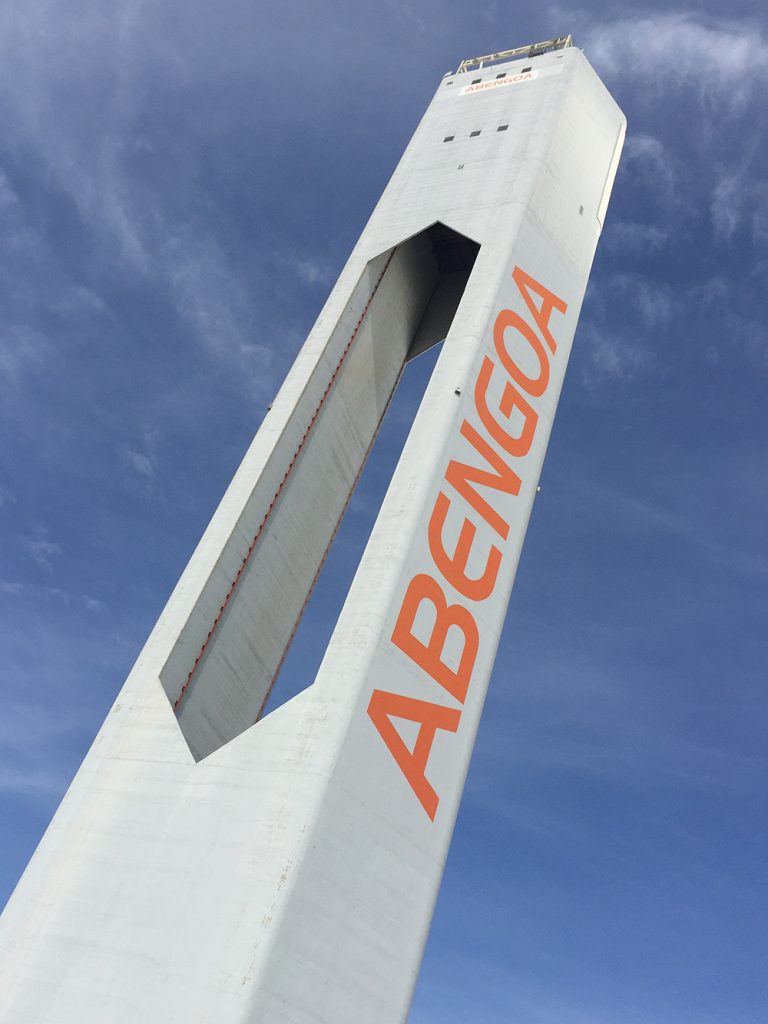 the towers produce 10 and 20MW respectively, but the whole complex, which includes the towers and three fields of (normal) solar panels nearby, is said to produce a total of 300 MW — enough to power a city the size of seville. pretty neat, right?

now that the spanish economy has crashed and solar panels’ prices have dropped, these heavily subsidised towers don’t seem to be the most efficient way to generate electricity any longer… still, they’re an impressive show of engineering and ingenuity, and i’m glad we did the detour to explore them! more of these adventures, please.

1 reply on “the solar towers”