this year’s annual october pilgrimage to bielefeld was probably our 10th or 11th visit to the city. between postcards and rubberstamping, the city that doesn’t exist has slowly become the second city we know best in the whole germany. although i like traveling and discovering new places as much as any fellow wanderluster, there’s also a comforting allure in familiar places, that allows us to dig a little deeper under the surface, discovering a bit more of its essence… or its deliciousness!

this time, we made a new local friend who took us to try kastenpickert, a local speciality. 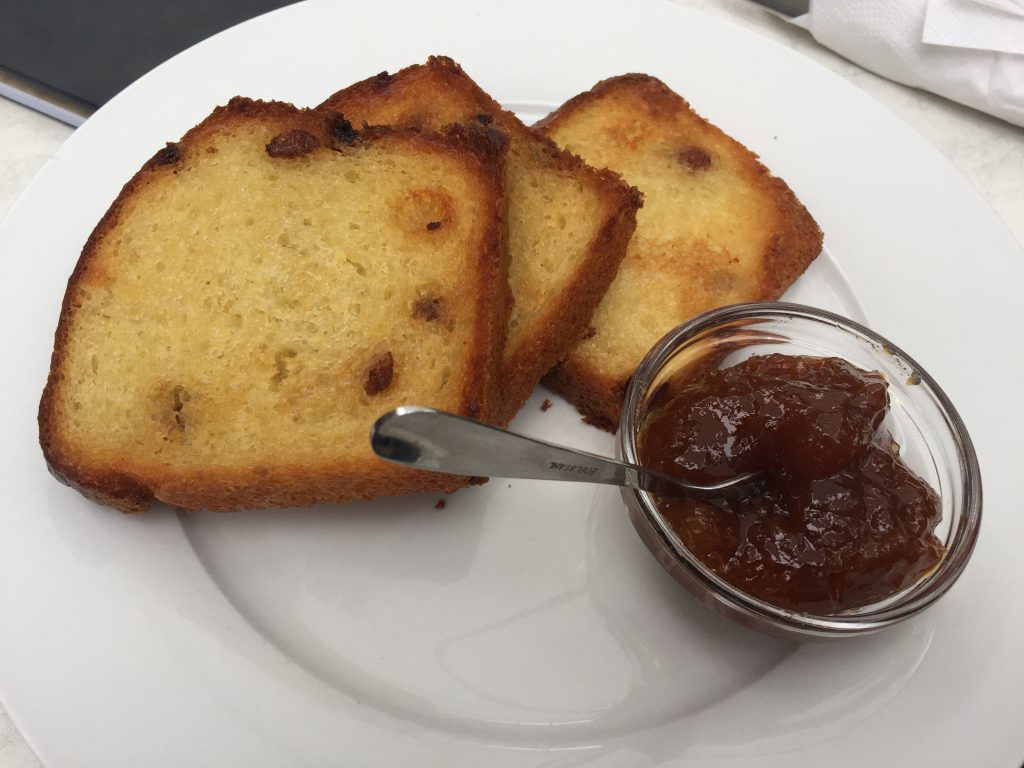 pickert is a potato cake or pancake from westphalia, fried and served with jam or a savory side. there are different versions throughout the region, but the one we tried looked a bit like french toast made out of cake. there’s nothing about cake or french toast that i don’t like, so predictably, it was really good.

i picked sanddorn (sea buckthorn) jam because i love its tangy taste and it’s such a rare sight for us in the south tip of europe.

in the end, 3 slices might have been a bit of an ambitious goal for a mid-afternoon snack… but it was worth it for the company and the opportunity of unlocking a bit more of the bielefeld puzzle. :)