there’s a couple of things we noticed in pico, which were later explained by our friendly neighbours. one of them were the volcanic stones on the rooftops that could be seen everywhere around the island. 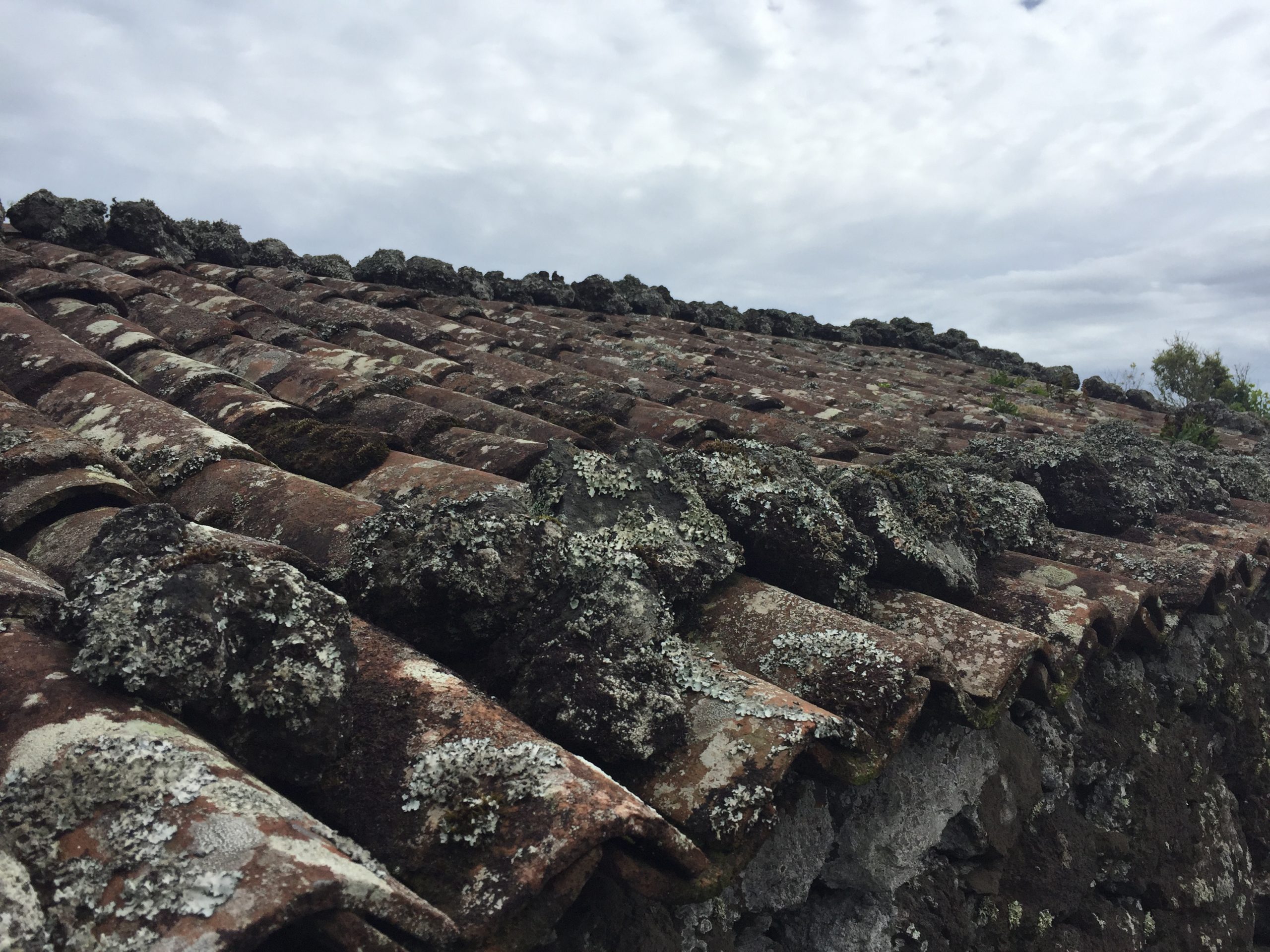 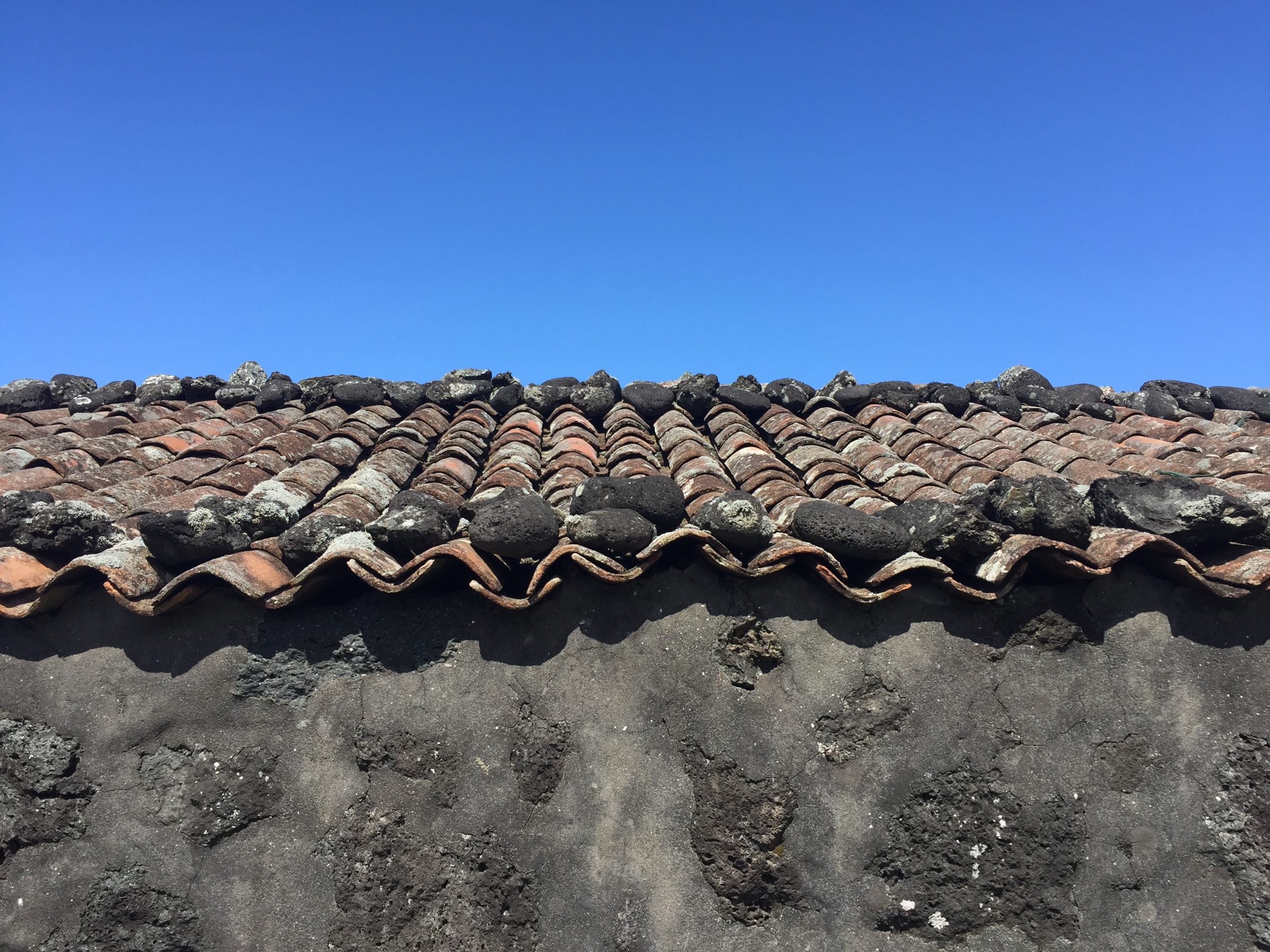 these are just to hold the roof tiles against the winds, which can be fierce in the middle of the atlantic. volcanic stones are available everywhere you look, so a fringe of them helps protect the edge of the roof. modern roofs in the island are now held with little metallic hooks, which is probably safer though less picturesque.

another thing we noticed is these boxy constructions next to the houses: 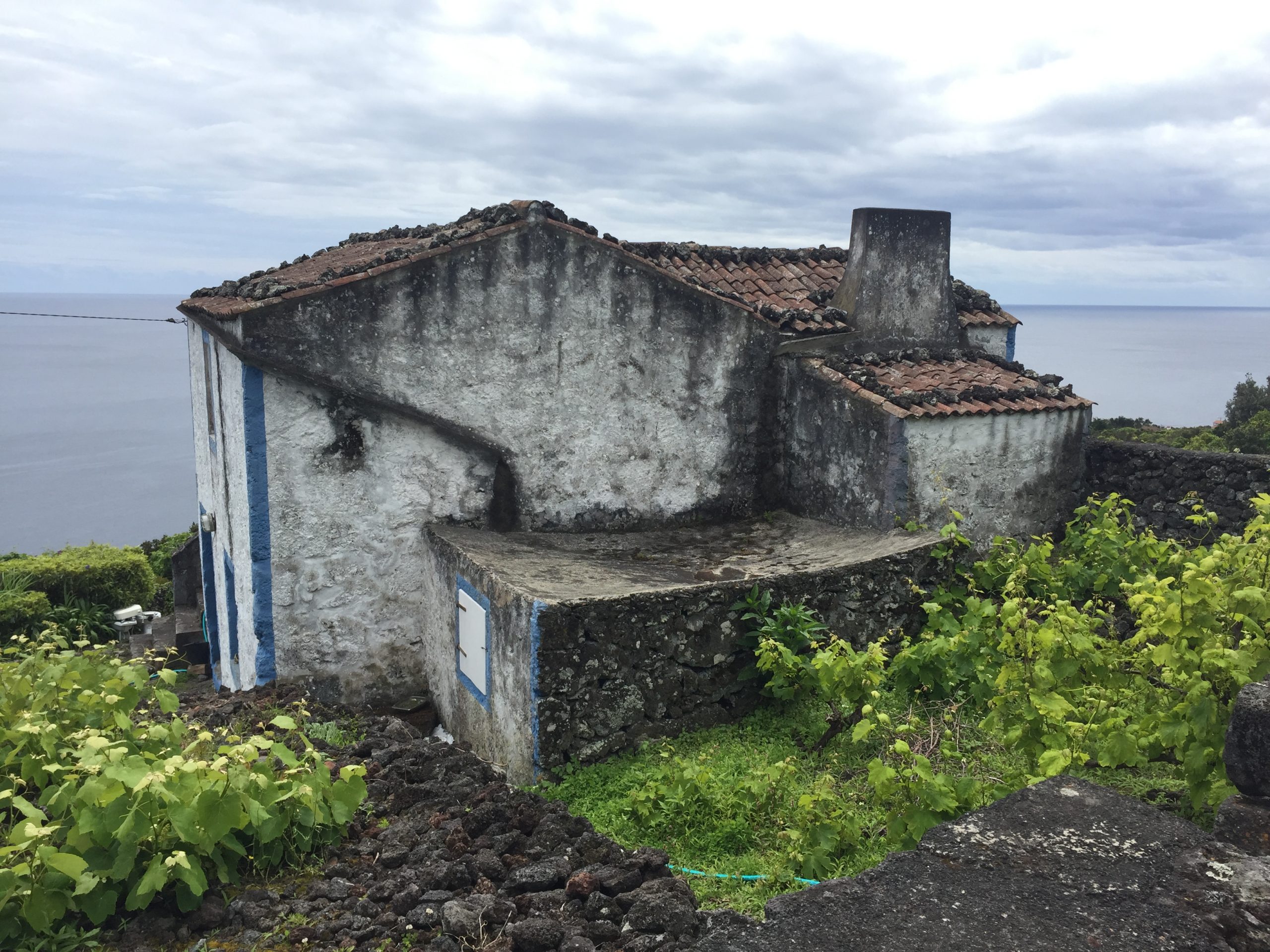 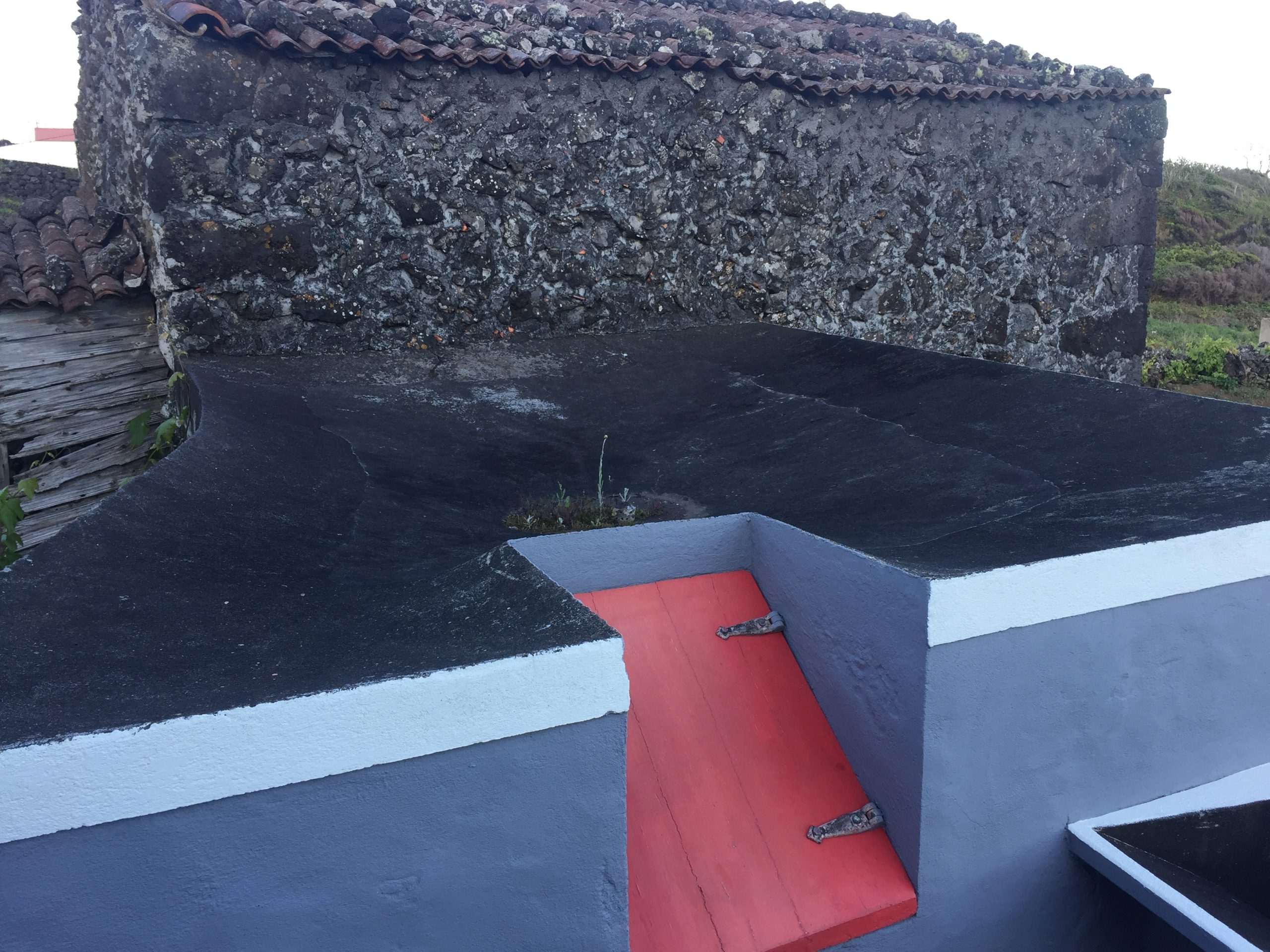 they’re called cisternas, and their purpose is to store water, which is a precious and scarce resource in a young volcanic island with no permanent rivers. it rains often in the islands though, so lots of old houses had them attached, with the roof of the house pointing towards the top of the cisterna. our neighbours told us that when they moved to pico, they were worried their own house’s cisterna wasn’t big enough to accommodate a family with three children, but that they could buy more and have it delivered, if need be.

i thought this was interesting — such an elegant and simple solution to a rather important problem. maybe once we buy the house, we can somehow craft a mini-cisterna to water our own garden… :D