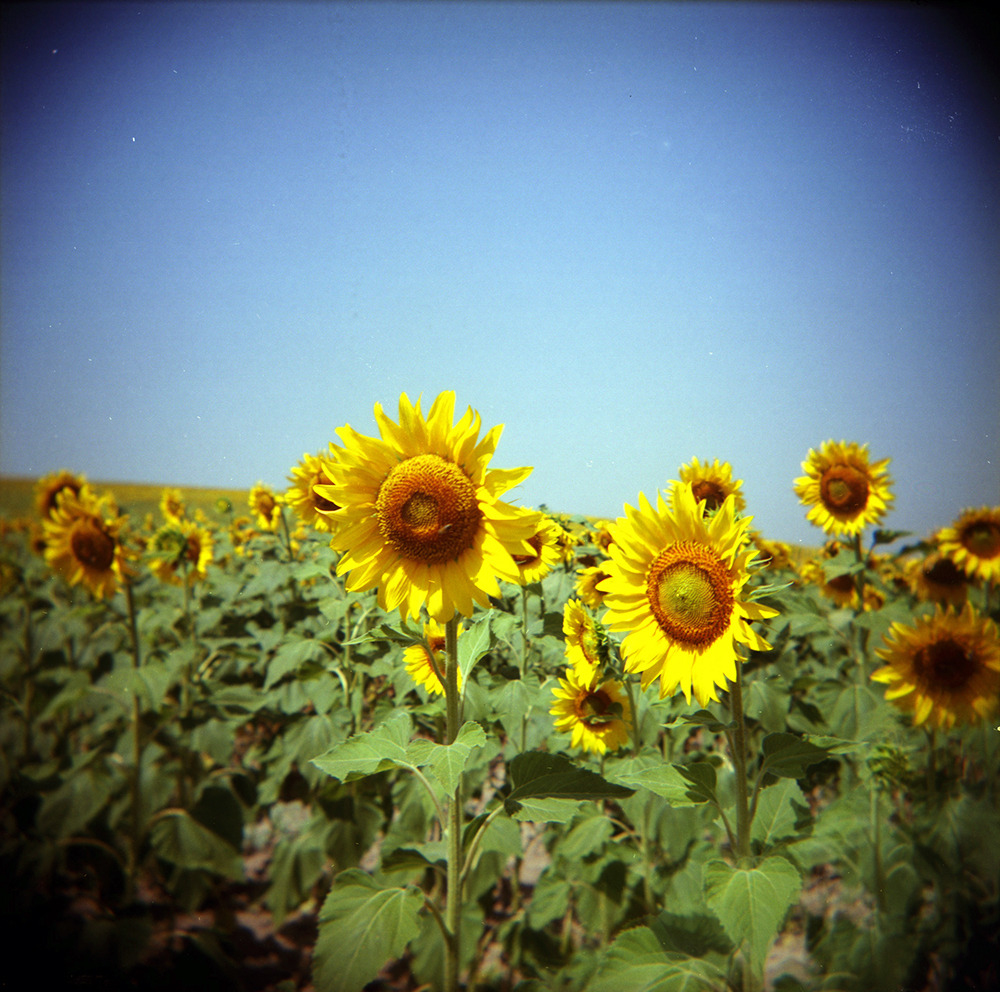 the bright sunflower fields of andalusia, as seen by the holga!

besides really old trees, you know what else doesn’t usually get associated with history — but actually has a lot to tell? rocks, that’s what! they’re in most places, and can definitely tells lots of stories, even when they’re not particularly interesting at first glance. 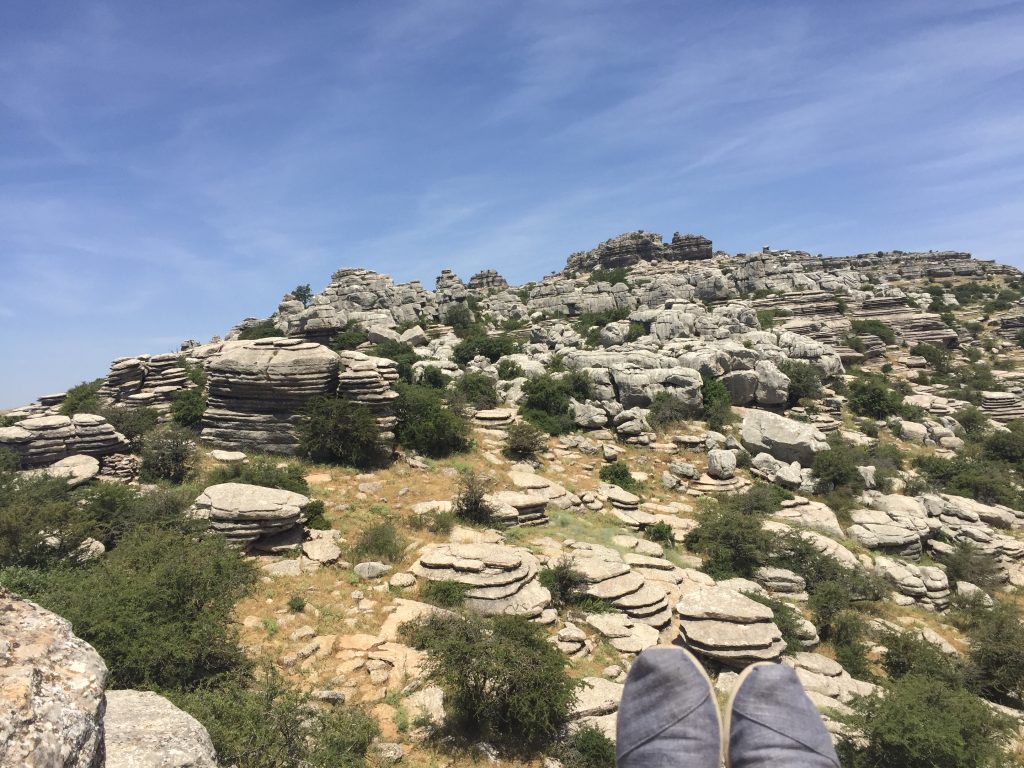 on our andalusian roadtrip last summer we made a detour through the torcal de antequera, a famous karst landscape. the slovenes gave the name to these special limestone topographies (with their caves and intermittent lakes), but they can be found a bit all around the world.

in antequera, they rise above the hills in impressive stratified forms… like piles of pancakes! 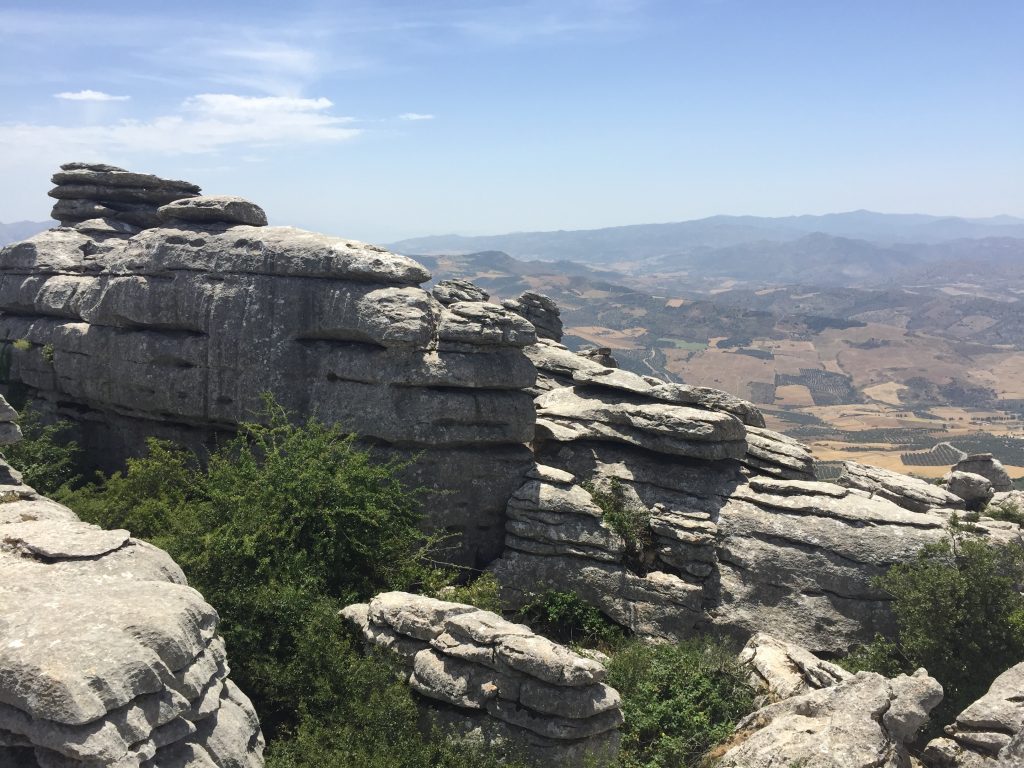 wikipedia explains where they came from:

The Jurassic age limestone is about 150 million years old and was laid down in a marine corridor that extended from the Gulf of Cádiz to Alicante between the present Atlantic Ocean and Mediterranean Sea. These seabeds were uplifted to an elevation of over 1300 meters during the Tertiary era, resulting in a modest mountain range of flat-lying limestone, which is rare in Andalucia.

so they used to be in the sea, which was much more inland than what it is now. neat! 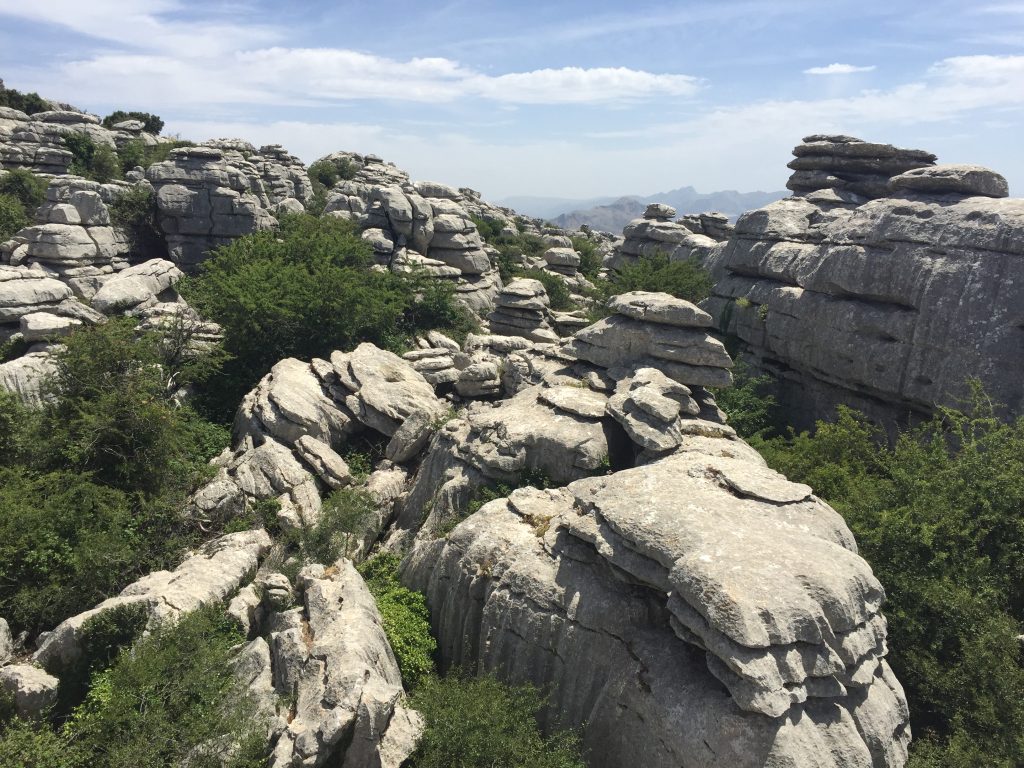 do you know how rocks split? they can dissolve or exfoliate for instance, but my favourite is called freeze-thaw. in this weathering process, water seeps into the cracks of the rocks. when it freezes, its volume increases about 10%, but it has no place to go… thus cracking the rocks in its expansion. when it melts, the water then travels further into the rock, repeating the process. voilà! 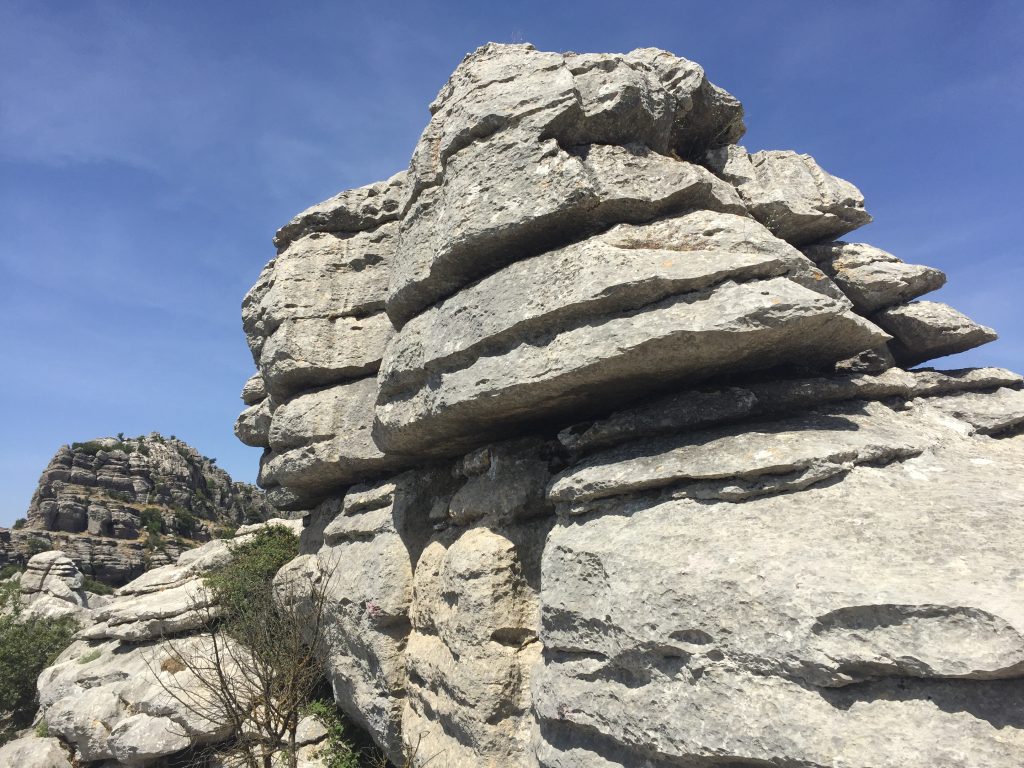 i still think i could have been a geologist, in a different life. :)

we’re still very much in love with roadtrips and the adventures that they offer. last year in june, we took a few days to explore andalusia with some friends. it’s a beautiful region, with bits of history peeking everywhere, delicious food and exciting geography. so close, and yet so different from algarve just around the corner! 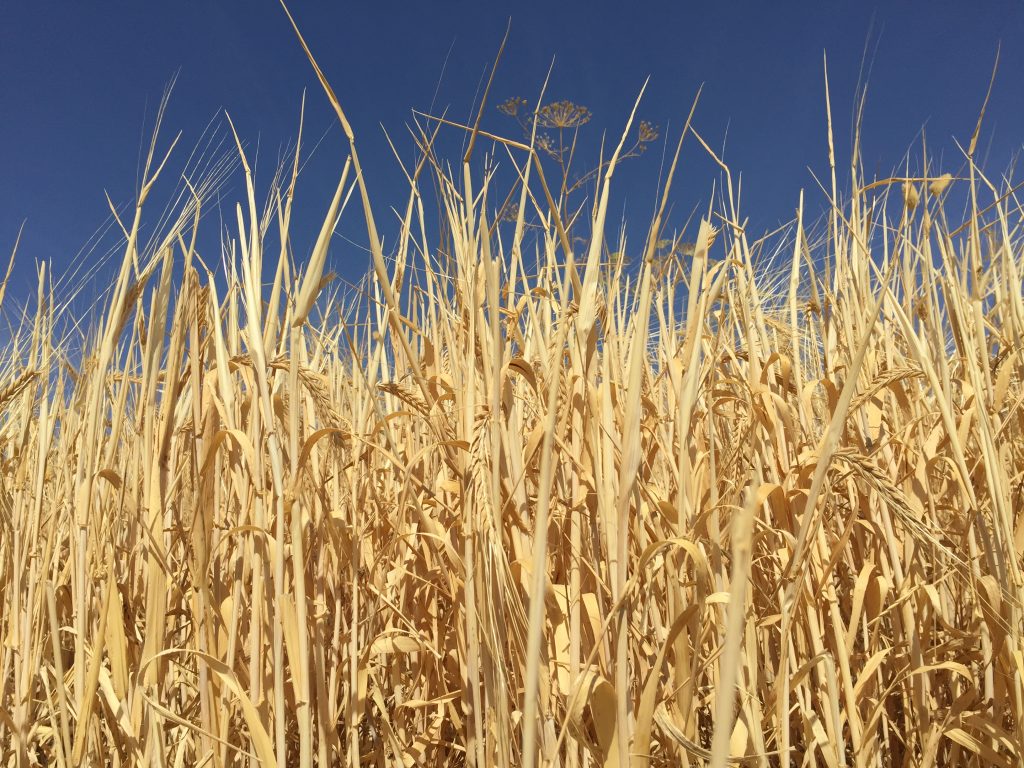 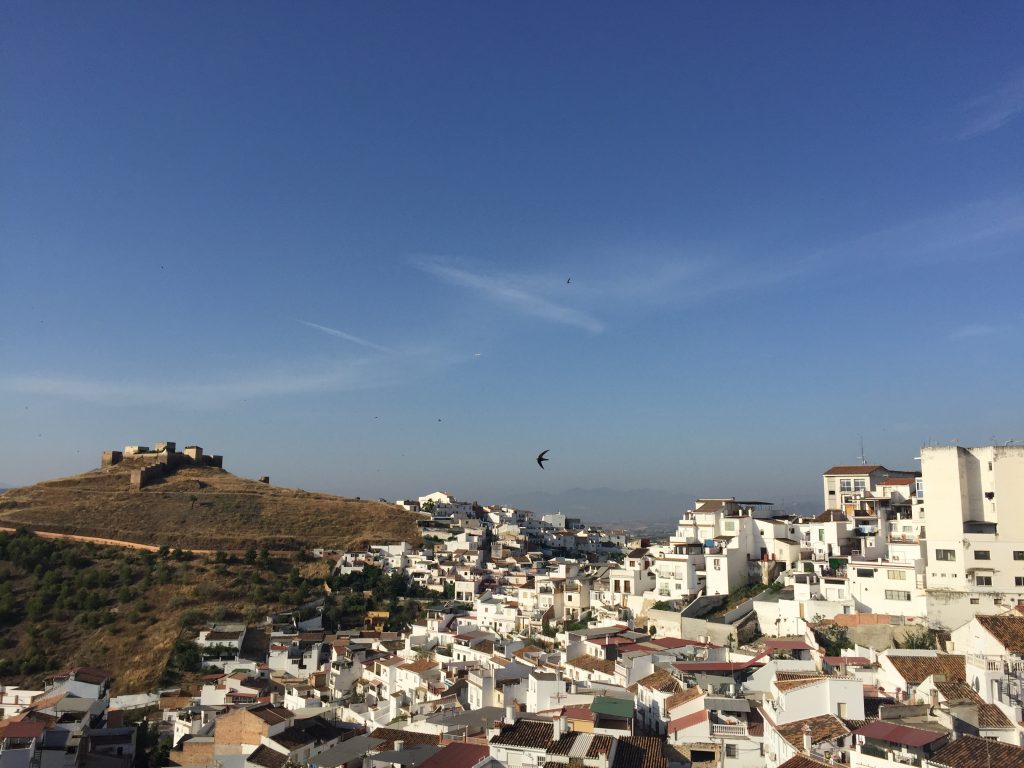 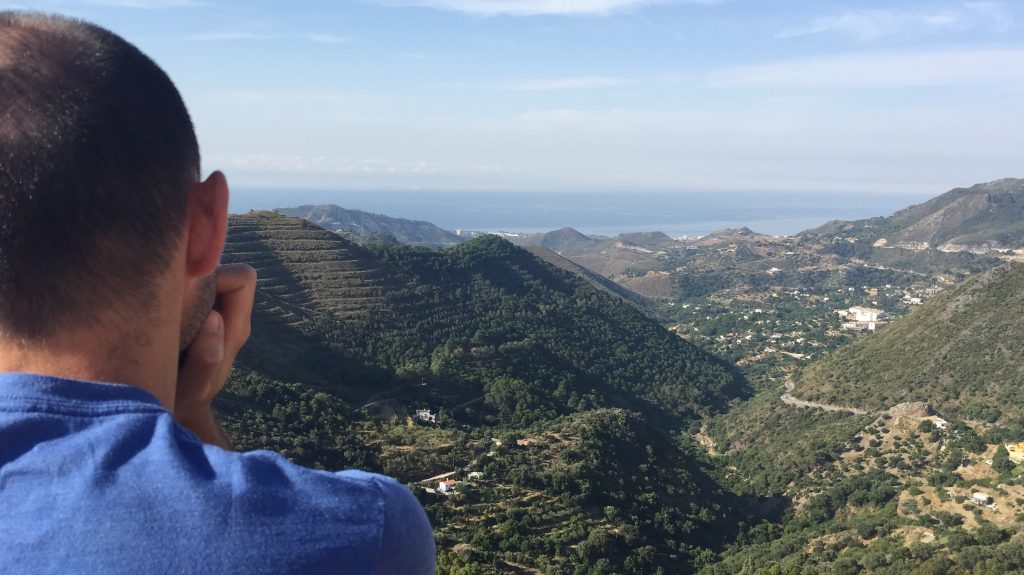 we drove to granada and back, with a few stops along the way. i’ll try to show some of our favourite things about it in the next posts. come along, pond!

on a quaint cemetery in the outskirts of huelva, there’s a perfectly normal stone grave, with an interesting story hidden behind. we did a pit stop there on our way back from córdoba to learn about major william martin… 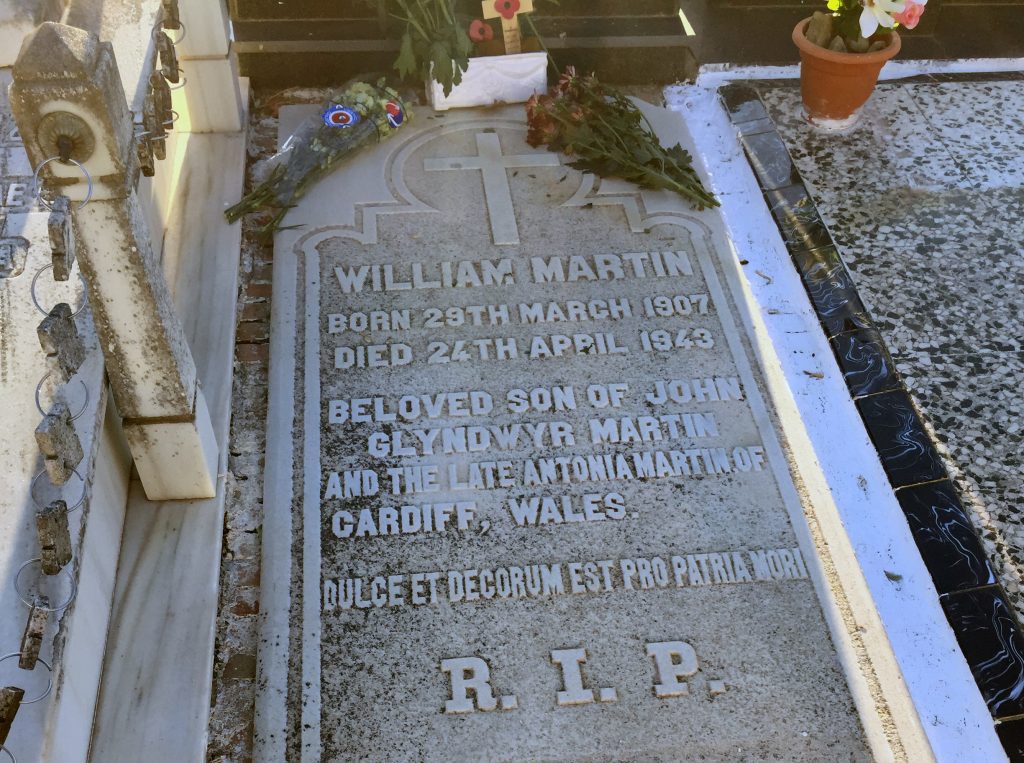 … a man who actually did not “exist”, and yet changed the course of the second world war. tom does a better job at explaining the story than i ever could: 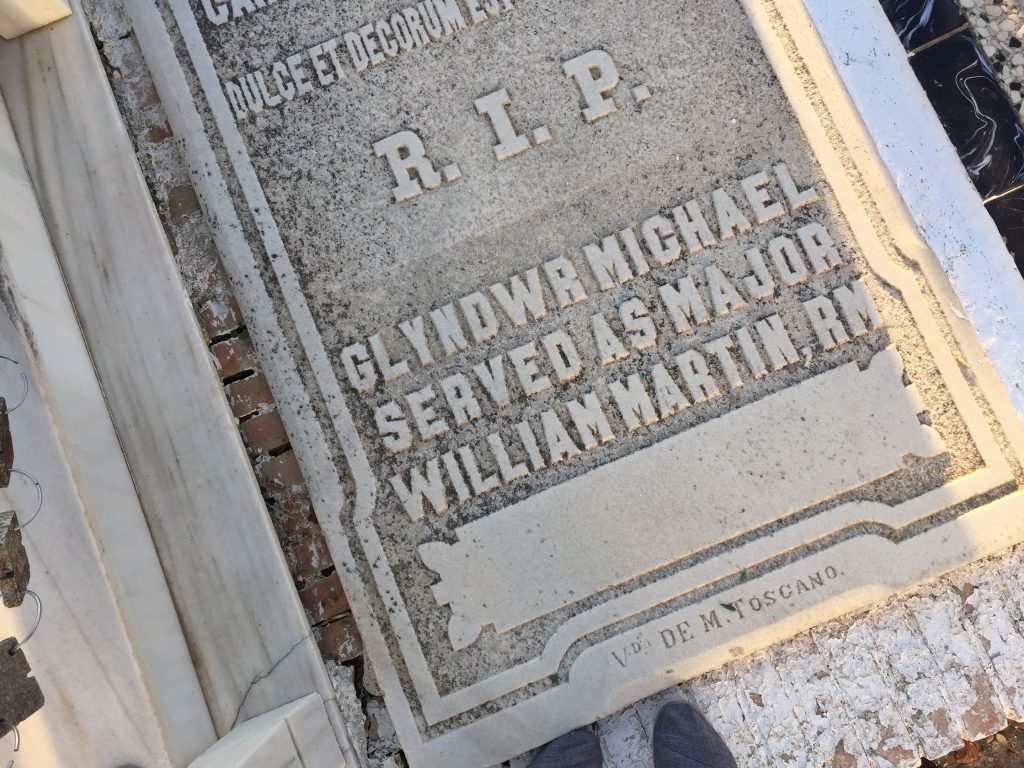 as soon as the month started, we jumped to morocco for some days of hiking in the atlas. at home, we worked, watched some concerts, attended the local “dev day” and tried to make friends with william, the neighbourhood’s black cat. towards the end of the month, we spent a week exploring córdoba, an unexpectedly nice surprise.